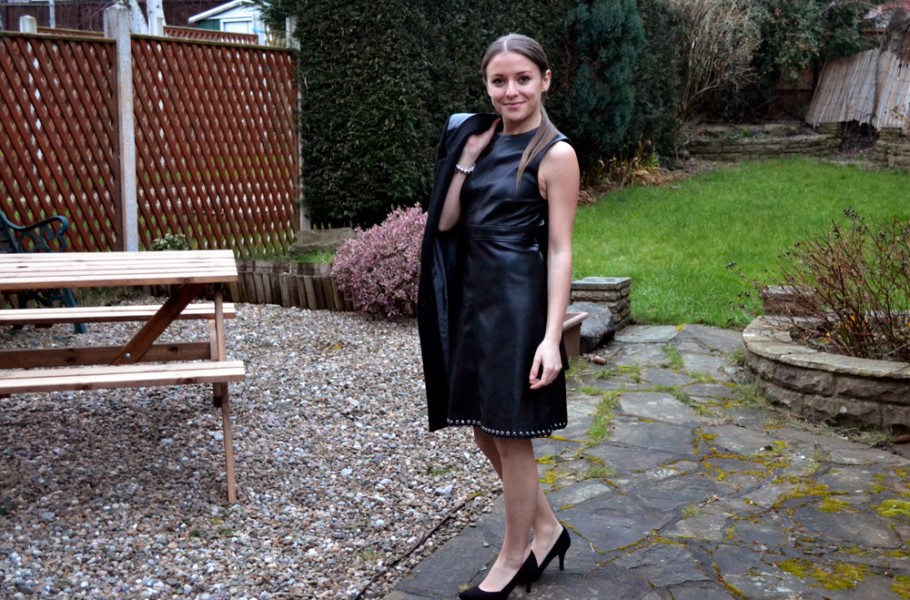 Leeds is such a brilliant place to live, there’s always so much going on, with loads of changes taking place 24/7; it also guarantees that most nights something pretty cool is happening somewhere pretty awesome. Having lived in this city for six years now, I feel as though I haven’t quite taken advantage of some of its most classic forms of entertainment… ballet.

With Northern Ballet being known as ‘Europe’s Best Dance Company’, it almost seems a missed opportunity to not see their skilled dancers and beautiful performances. A few weeks ago, I was invited along to the Grand Theatre by First Direct to watch the infamous Swan Lake ballet with a genius twist thanks to David Nixon, who has been Artistic Director of Northern Ballet since 2001. 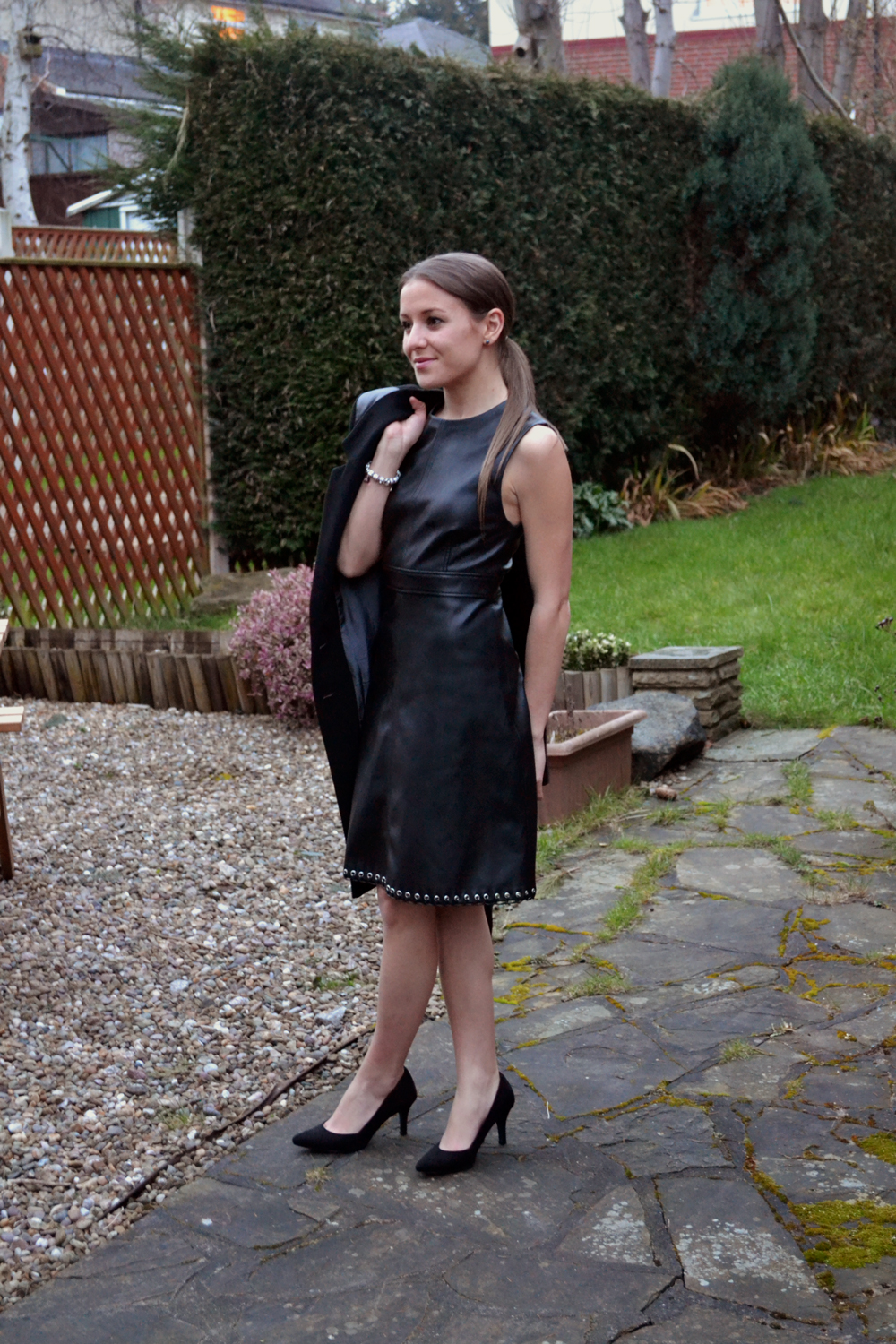 Who can say no to getting glammed up for the ballet and having a lovely get together with other bloggers. For the special occasion, I picked out my all-time favourite dress I snapped up from Zara last year, but have since struggled to find the right time to wear it. For the ballet, this black leather number was absolutely perfect. 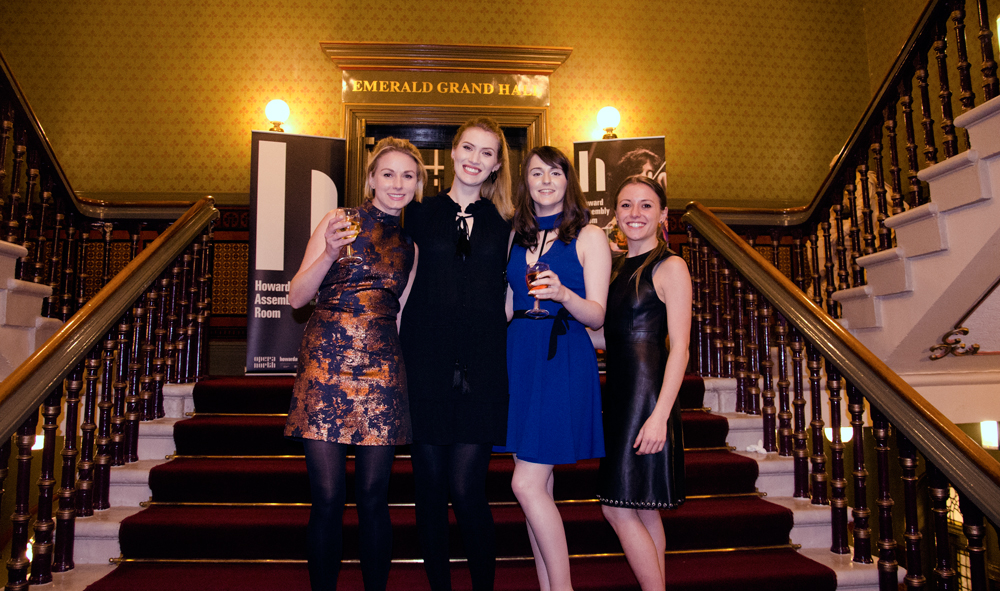 And with the Grand Theatre being as grand as grand can be, can you blame us for a stair picture? From left to right you have: Dash, Danielle, Gabby and myself!

Although I have never seen the original Swan Lake, I knew of the story and therefore looked forward to seeing how Nixon wanted to interpret the story. We were recommended to read the synopsis, only to not get lost in the story mid performance, but instead I went in blind and let my own imagination piece it all together, and see if I could follow Nixon’s plot.

We were invited along to the private room, where as we waited for Nixon to join us and talk to us about his version of the Swan Lake, we had the perfect chance to natter about all things bloggery, enjoy wine and of course get snap happy.

A few wines later, Nixon appeared and gave a lovely informal speech about his experience in ballet, as well as of course Swan Lake. 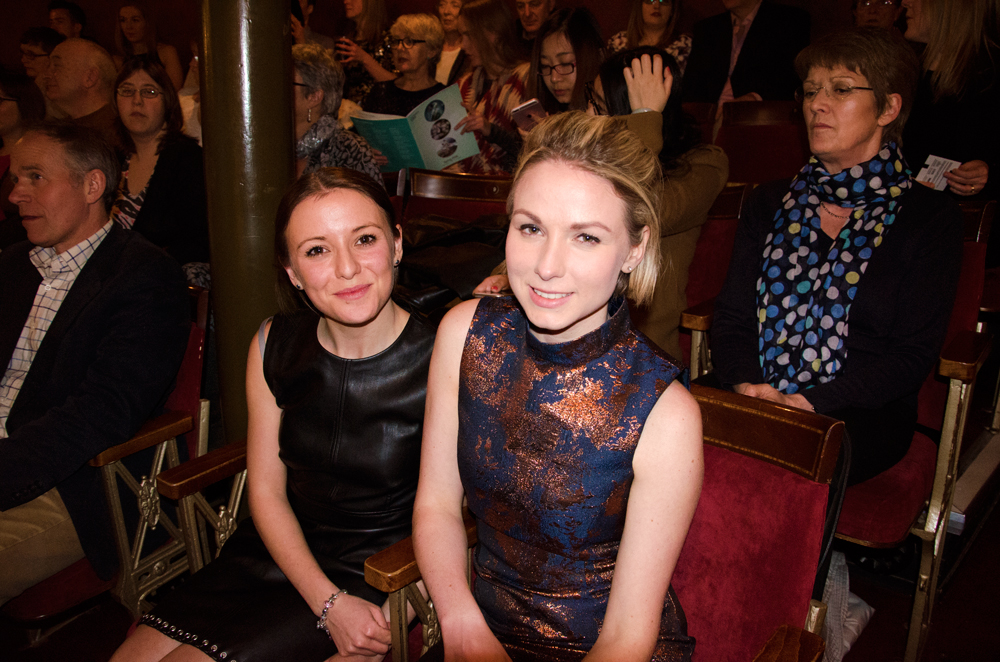 The ballet begins with a death and creates a very sinister feel to it, as the brother of the main character (Anthony) drowns in the lake, with only Anthony blaming himself for the death. The tragedy is eerie, and really sets the tone for the rest of the performance, were you begin to understand that Anthony is obsessed with the lake.

The performance is an emotional journey as you see Anthony enjoy life one moment, to then becoming a reclusive and remorseful thinking back to the death of his brother, to then being confused and falling in love with his best friend Simon.

I quite like twisted stories, and I love having to guess if what I’m thinking is really what the performance is intending for me to think. There was certainly a lot of ‘back’ and ‘forth’ in terms of feelings and relationships, as you then also watch the peculiar relationship develop between Anthony and the swan Odette. There’s a lot going on, as well as Anthony feeling the pressure to adhere to the expectations of the 1900’s and declares his love for a woman, Odilia. 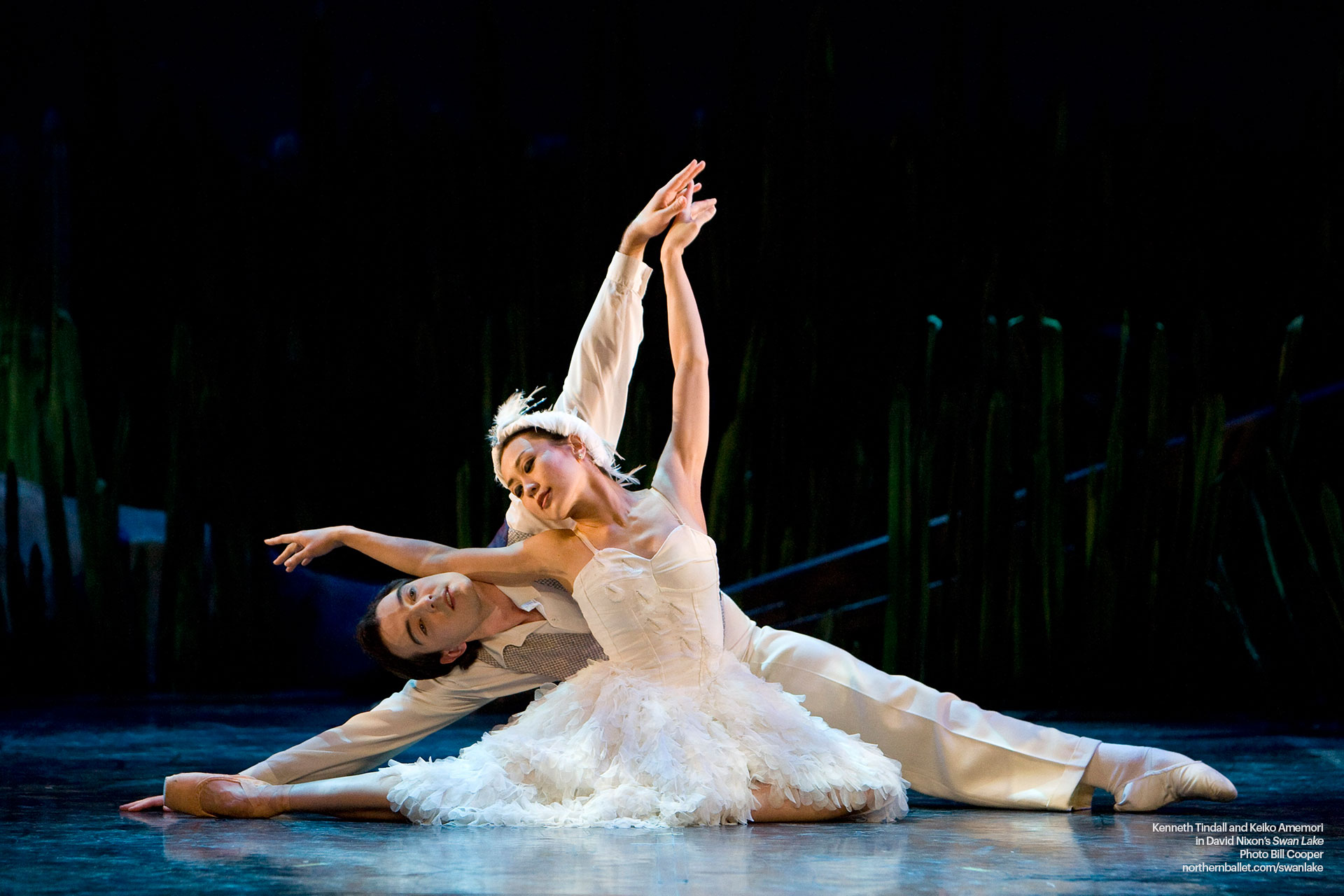 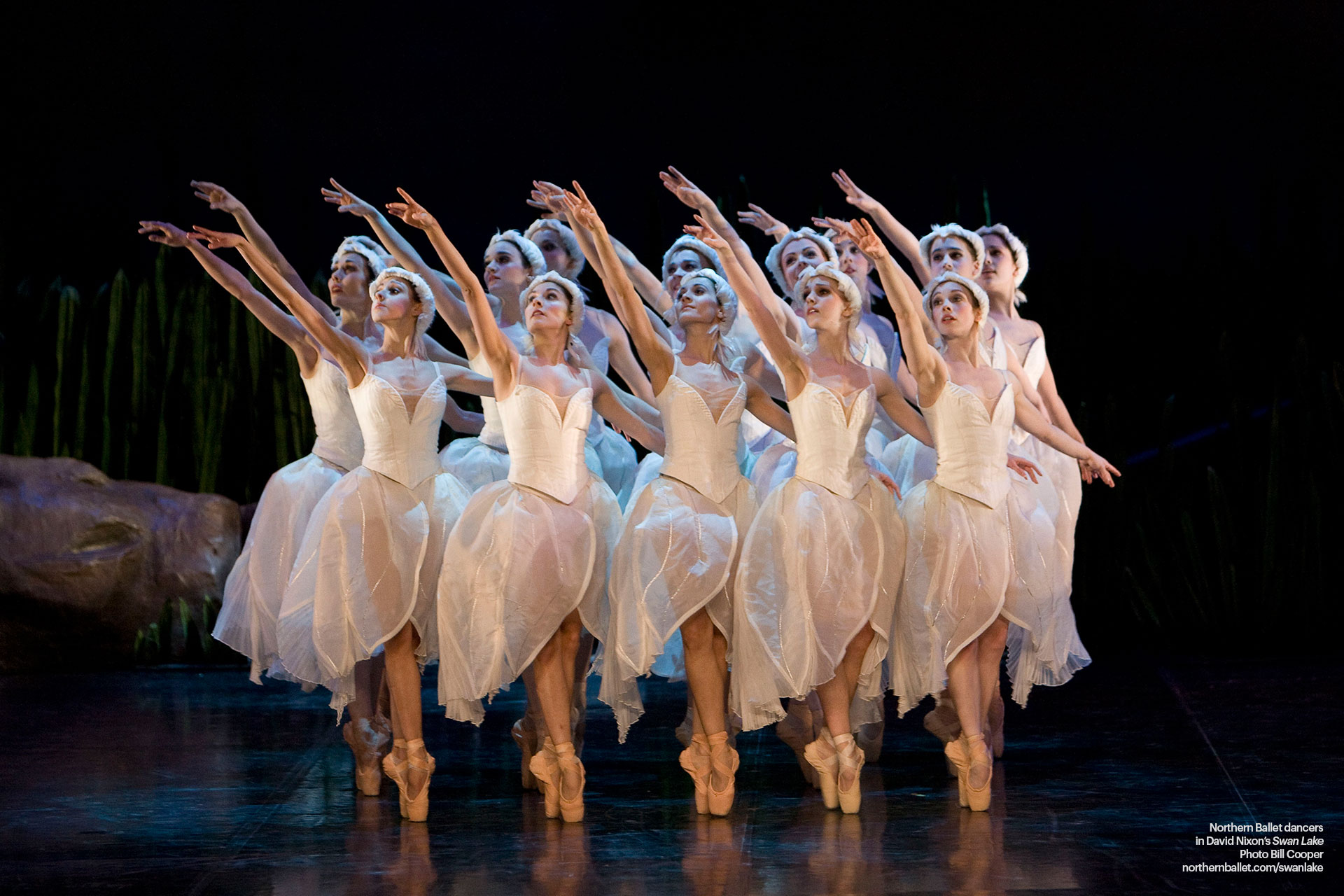 Although Anthony tries to move on, he is surrounded and haunted by his fears, which essentially are more of his secret desires, such as his fixation of the swan and the lake, plus his love for Simon. Throughout the performances, he’s tested and tempted and finds himself in heated moments that ultimately lead to his unhappiness by not being able to live out his dreams.

In the final act you see Anthony by the lakeside, where Odette makes an appearance, who takes advantage of his weak state and lures him in. And in a hypnotic trance she takes him under her wing (hah!). Surrounded by a ballet of swans, Anthony becomes a bird and seems most at peace as the symbolic turquoise sheet from above drops and covers him, representing the lakeside mass.

The dancing was majestic, and nowhere near as engaging as I thought it could be. As sad as the story is, there was some really entertaining bits where the audience laughed out loud, and watching the men glide across the stage was just bloody amazing. Hypnotising really were the female ballet dancers, and the fact that most scenes meant that at least 10 swans where moving together identically was just fascinating.

One thing Nixon reiterated in his speech before the show was that the female dancers had a lot more training into learning how a swan acts and move to reinforce this during their performance. 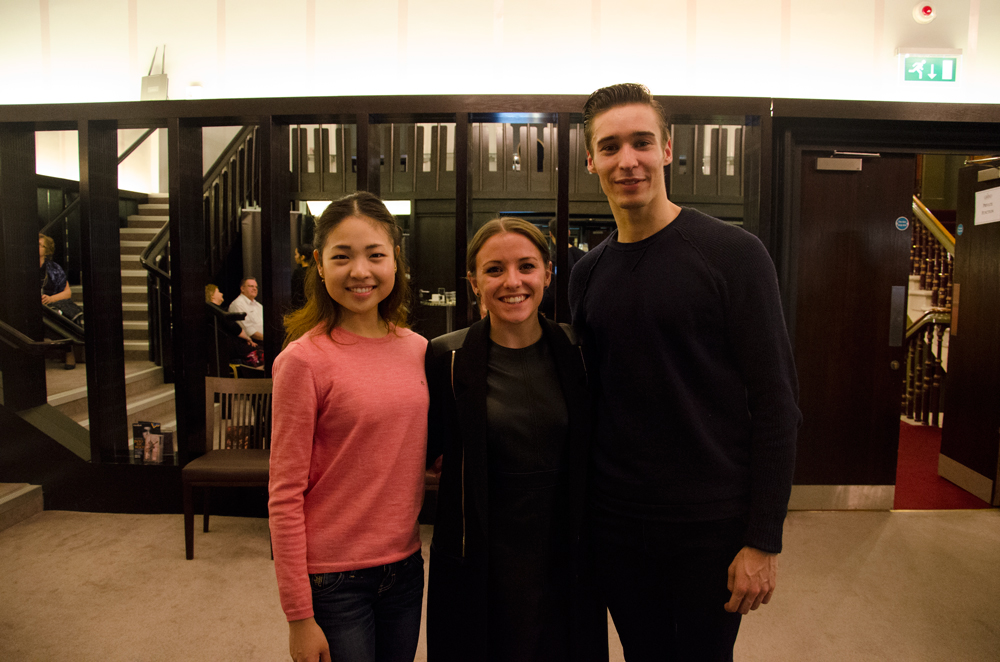 To finish off the night, we had a wonderful opportunity to meet and talk to some of the dancers from Swan Lake.

I absolutely loved the entire night, amazing entertainment and wonderful company. If you haven’t yet vwatched a Northern Ballet performance, I can highly recommend it as there are some brilliant stories to be enjoyed. One of my all time favourite Disney’s is being performed next January, so I’m already excited to watch Beauty and the Beast in ballet format. 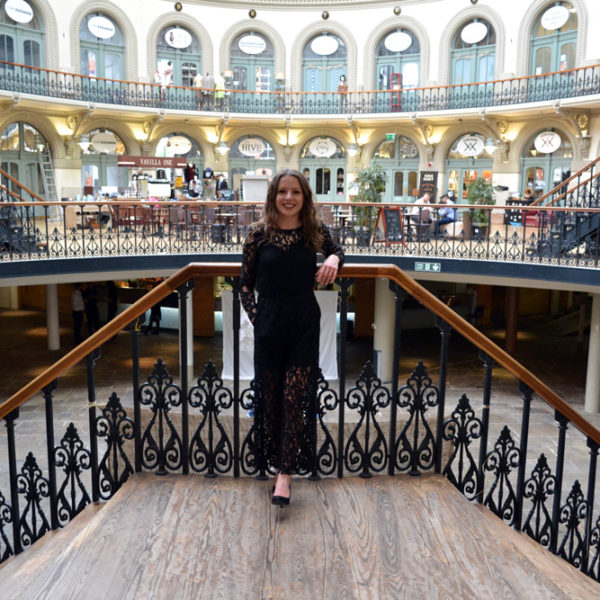 Dinner of the Dons with Don Papa Rum 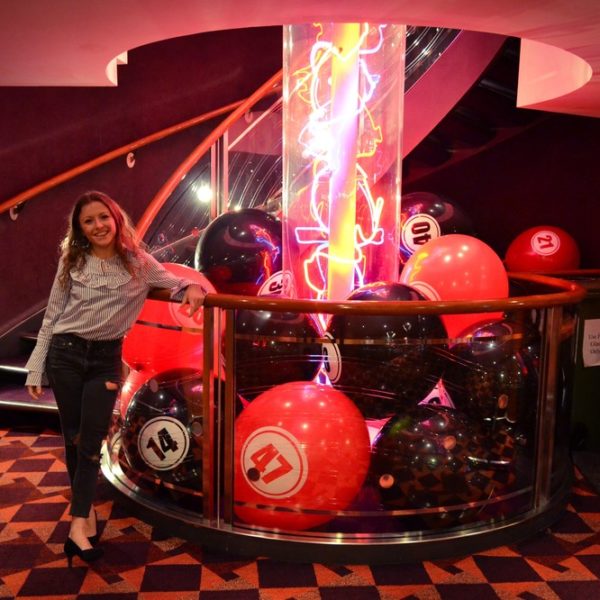 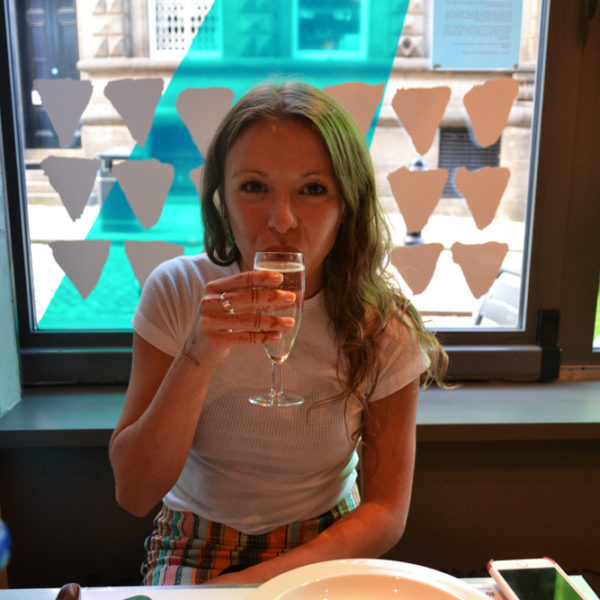 Blog, Dining Out, Leeds, Lifestyle, Things to do, Yorkshire
READ ARTICLE
There are no comments yet. Be the first to comment.