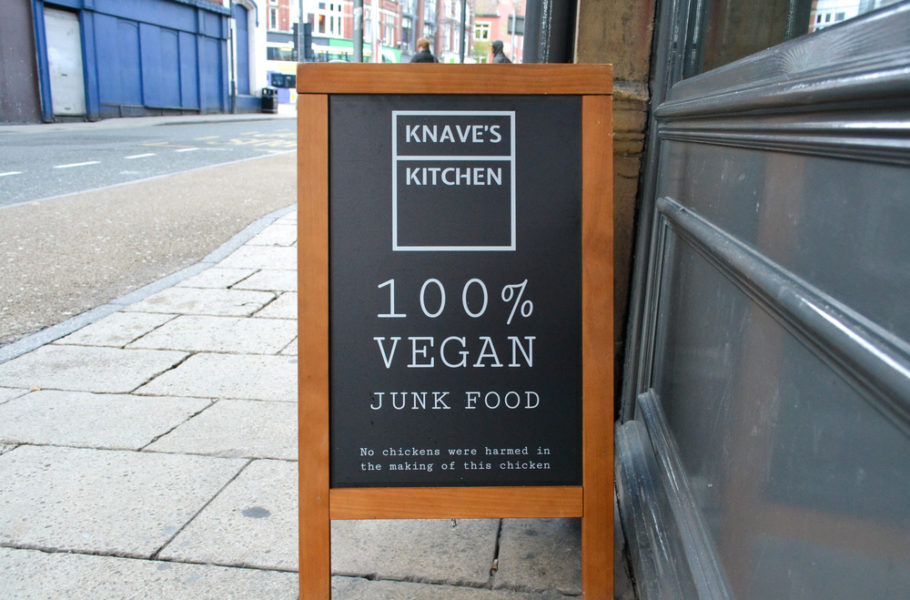 Calling all foodie enthusiasts – a new vegan pop up has opened up in Oporto on Call Lane. This is an announcement calling of vegans, vegetarians, pescatarians, meat eaters, the lot.

For this restaurant is not to be missed. 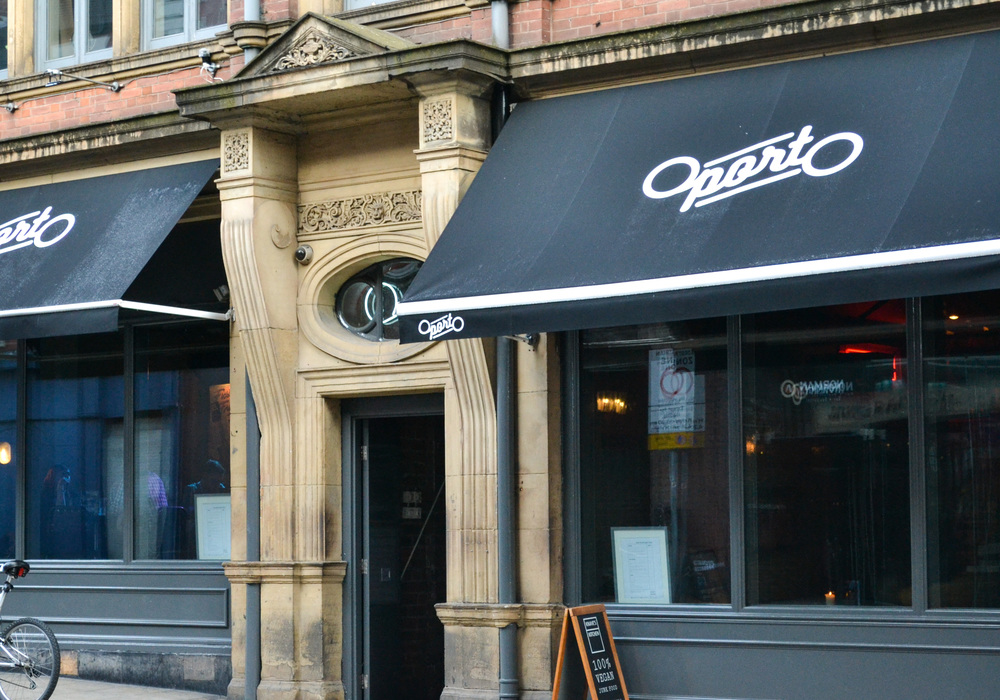 Knave’s Kitchen is 100% vegan but makes for the scrumptious dining experience for both meat and plant-based eaters alike.

The pop-up junk food offering plays with a variety of vegan options from onions, to tofu to seitan, an ingredient that’s certainly new to me. 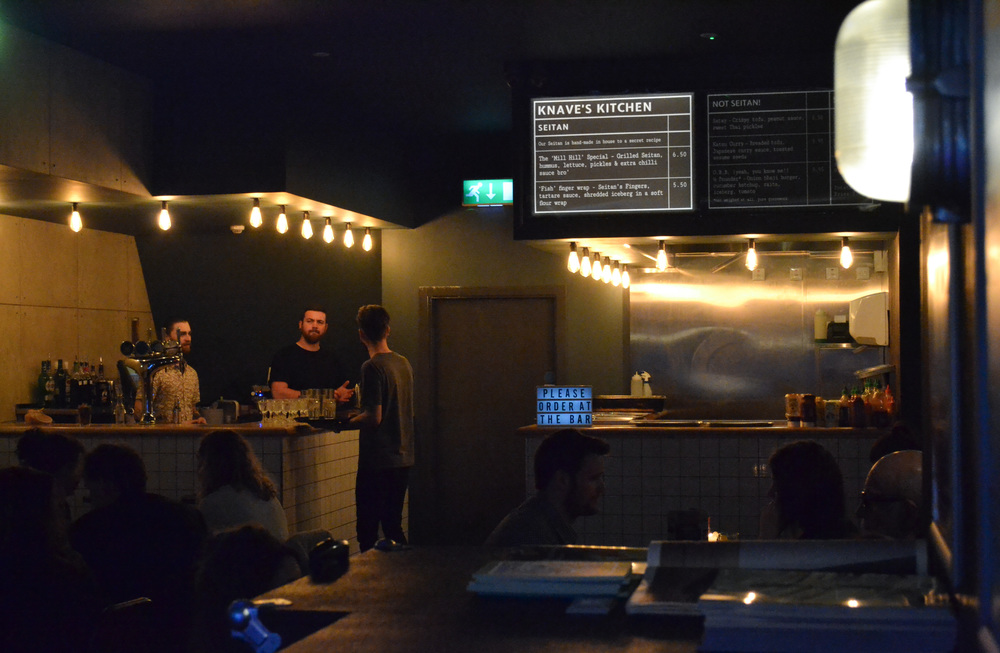 If you’re also scratching your head at Seitan, well let me help you. It’s a wheat protein, that feels and tastes like real meat, being probably one of the closest representations.

If you’re intrigued by the creation process, it’s made by washing wheat flour dough with water until the starch granules have been removed, leaving behind the sticky insoluble gluten – seitan. 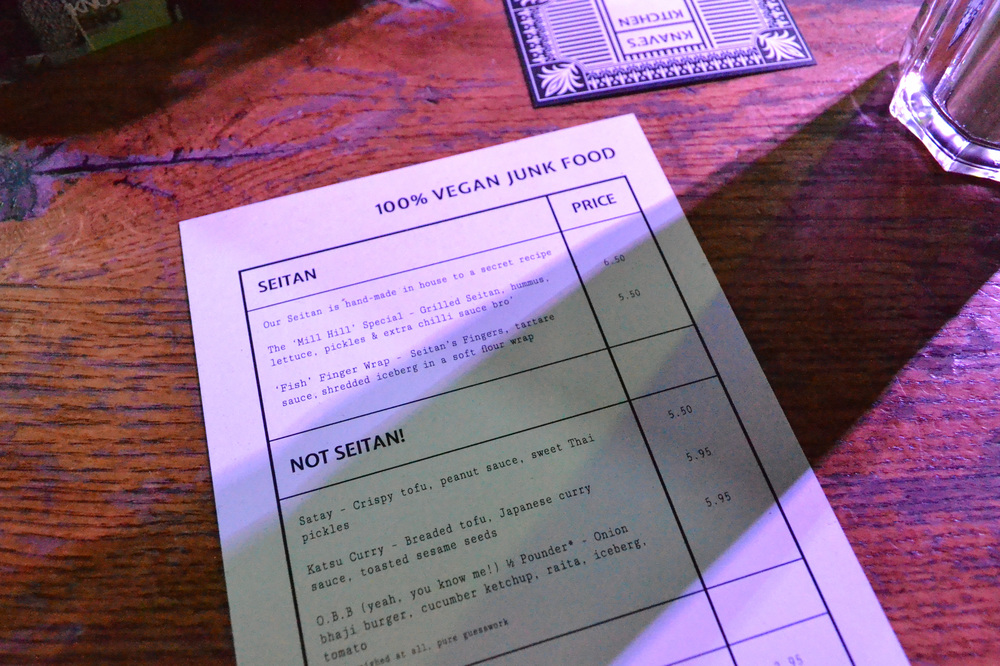 The menu at Knave’s Kitchen is all about down n’ dirty vegan food. It’s a pleasantly refined menu with only five mains and handful of sides.

The mains are split into seitan and non-seitan-based dishes, and from there have a choice if the kebab, ‘fish’ finger wrap, katsu curry, satay or onion bhaji burger. 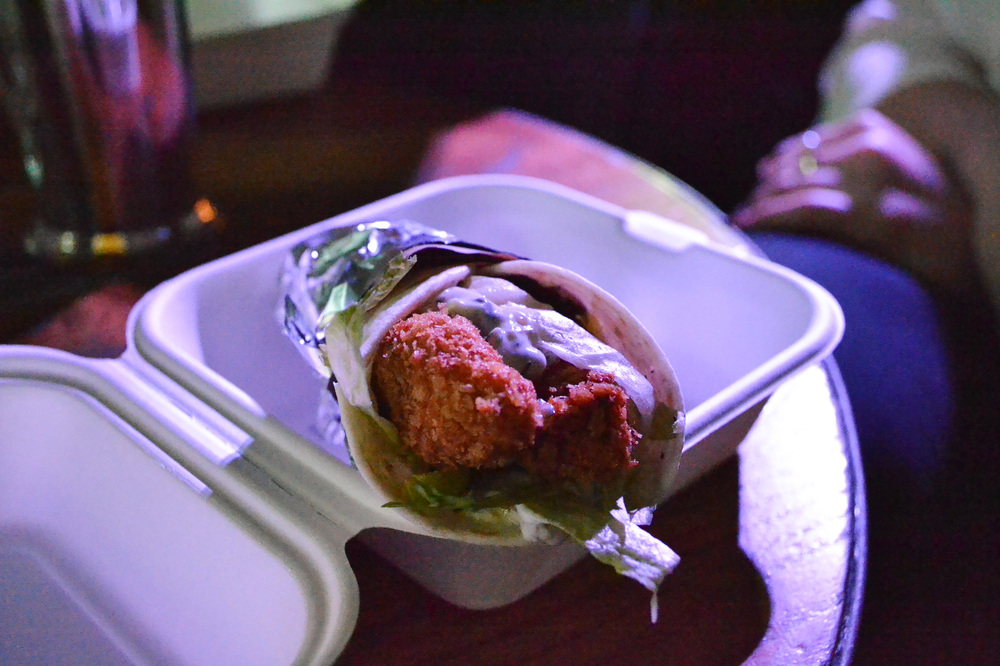 Starting with the ‘fish’ finger wrap, two seitan fingers with tartare sauce and lettuce, rolled into a flour wrap. Brilliant, and if I hadn’t have known it was vegan, would I have realised? Absolutely not.

This was Ulla’s favourite dish of the night. 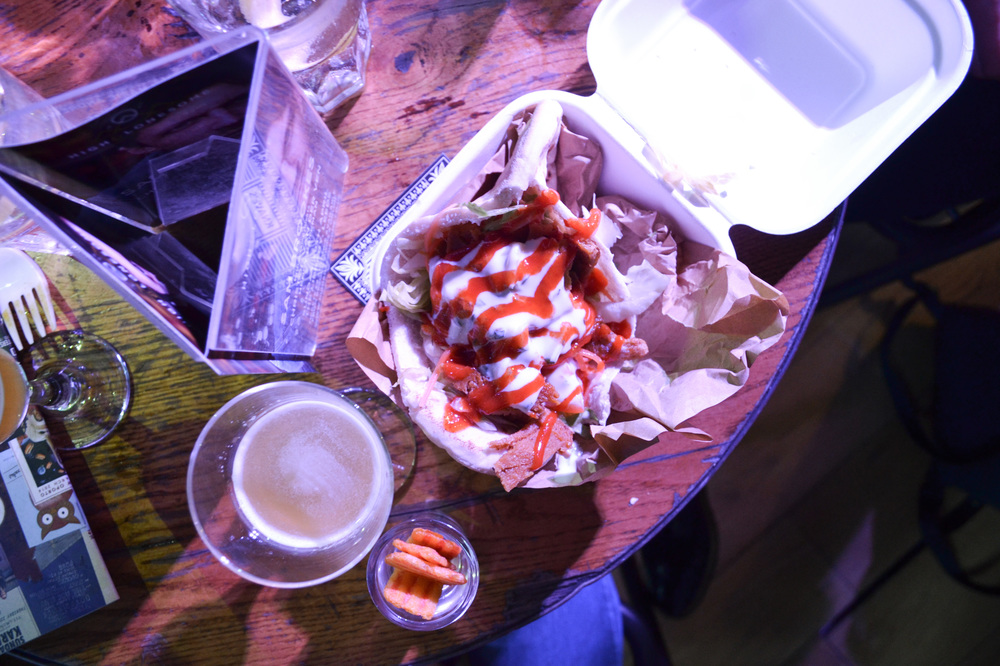 The kebab was a hot little number with a kick of the ‘extra chilli sauce bro’, but again, a nice bite and served with hummus and tahini.

My two favourites of the night though were the satay with crispy tofu and the onion bhaji burger, also known as the O.B.B. 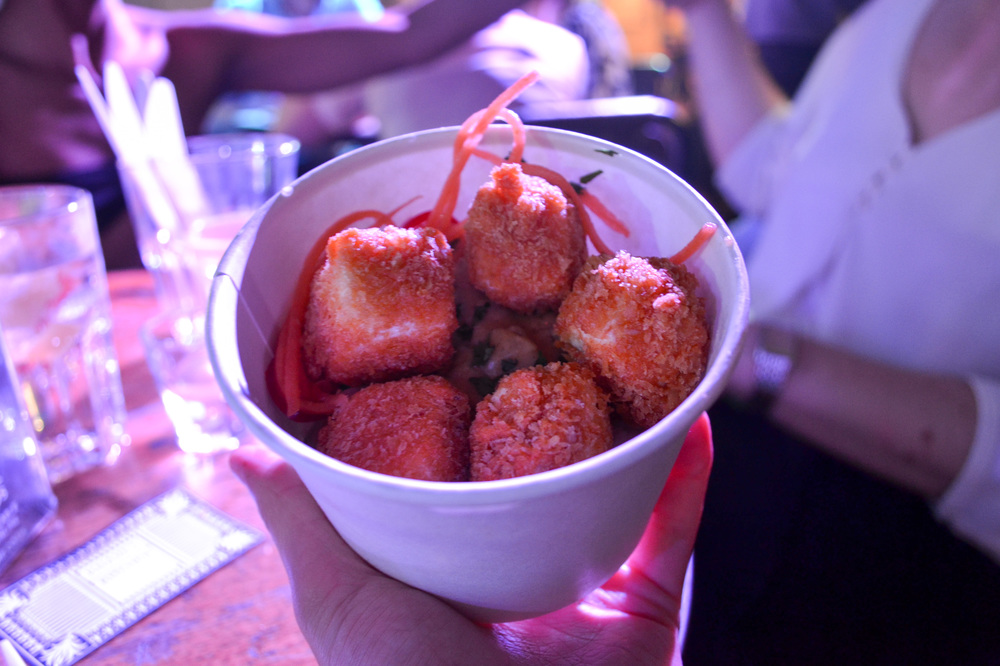 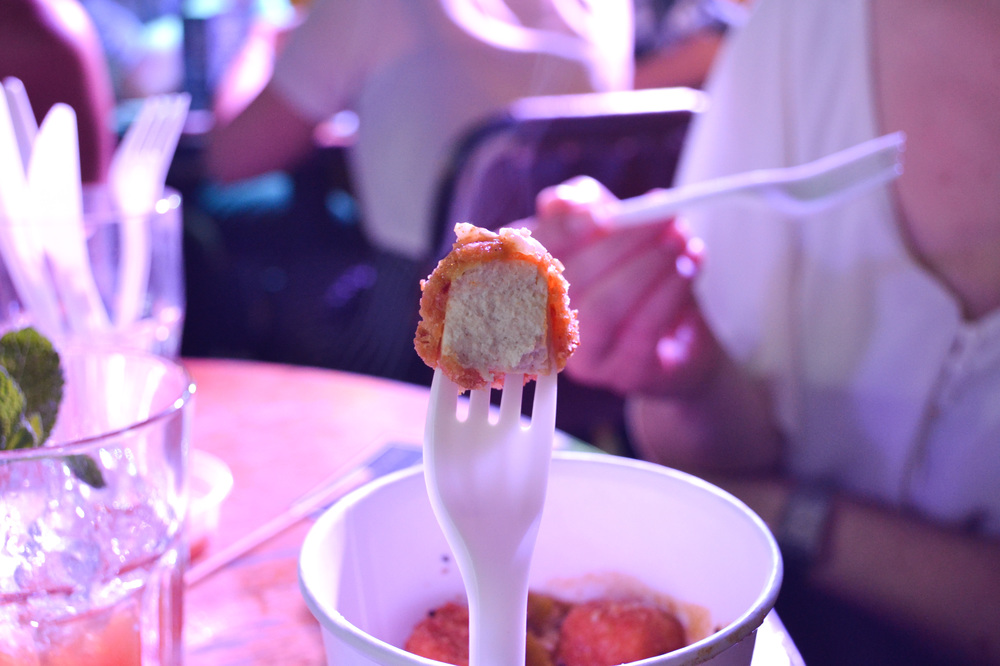 The combination of a sweet and salty peanut sauce with a silky tofu is just dreamy. Melt in the mouth.

The onion bhaji burger was a right whopper and such a fun alternative to meat. In between two soft buns, the wad of spiced onions had a crisp coating and a soft centre. 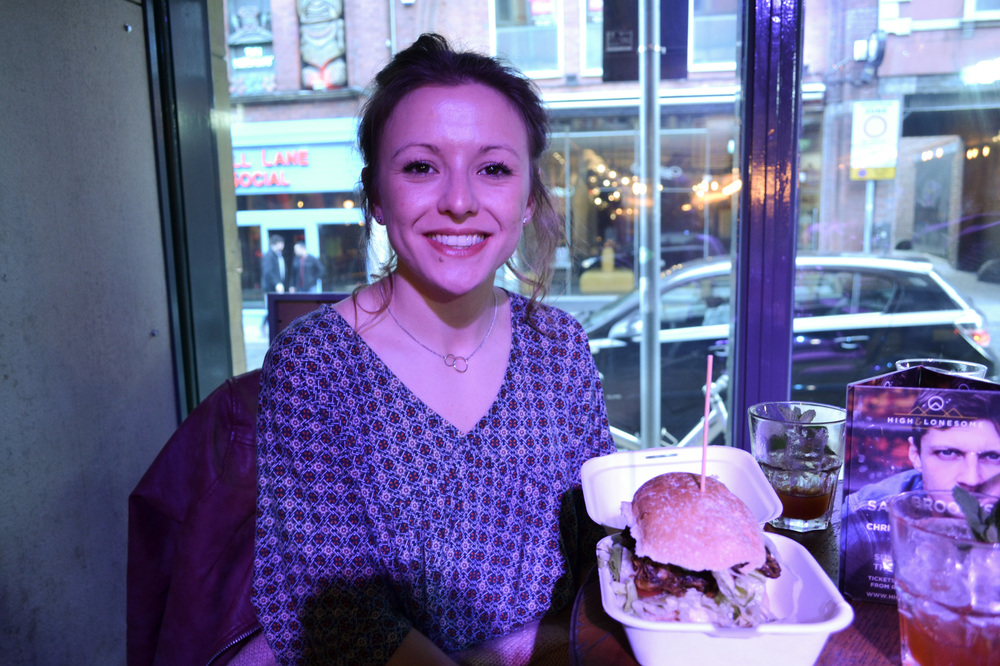 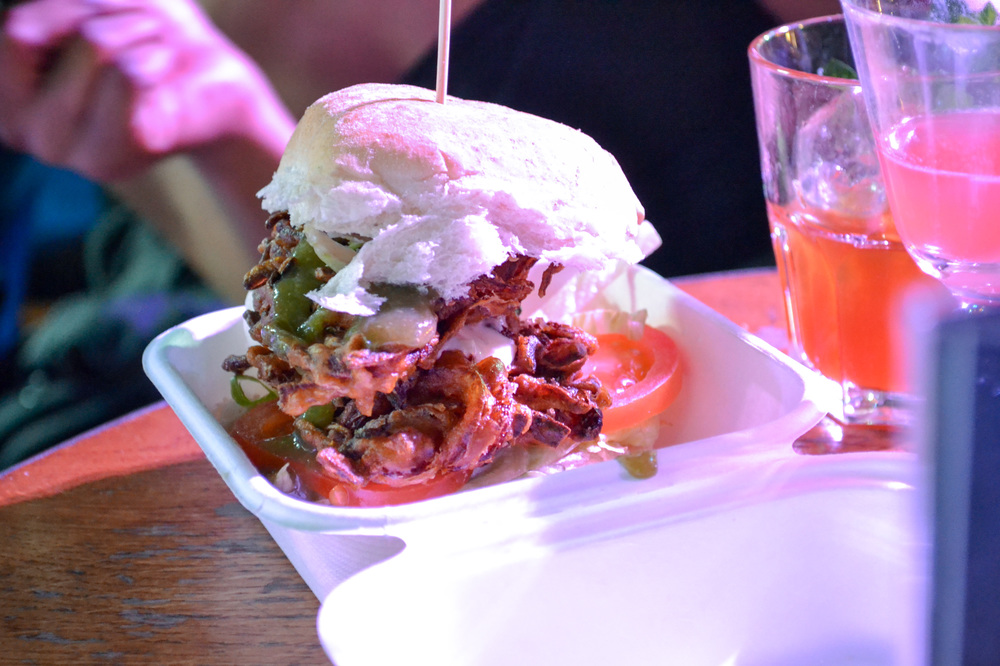 Five mains by Knave’s Kitchen, that are comforting and making a name for its plant-based junk foods, in one of Leeds legendary bars Oporto. 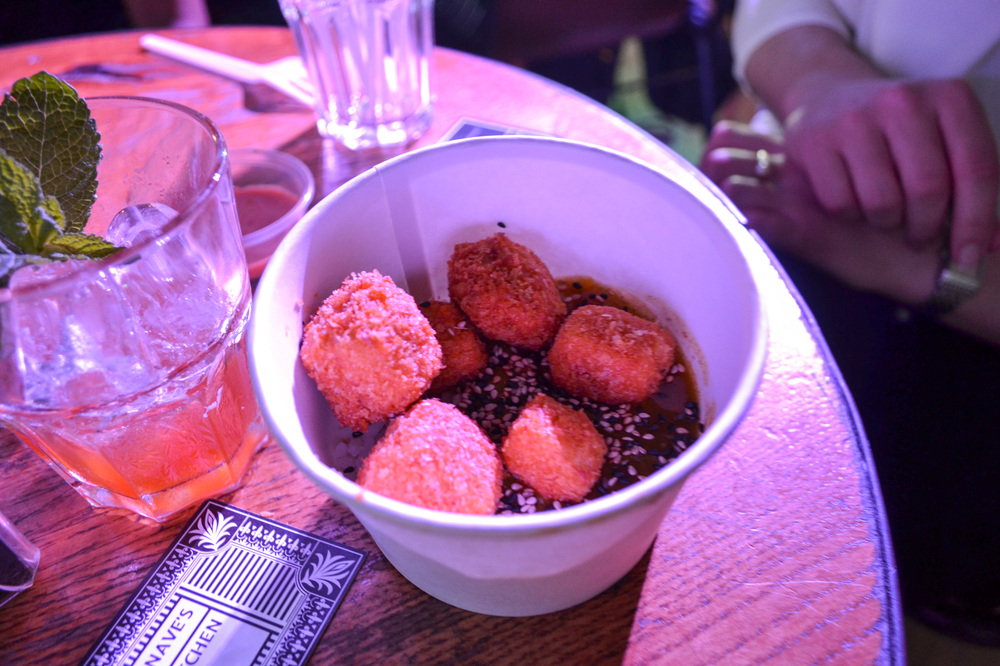 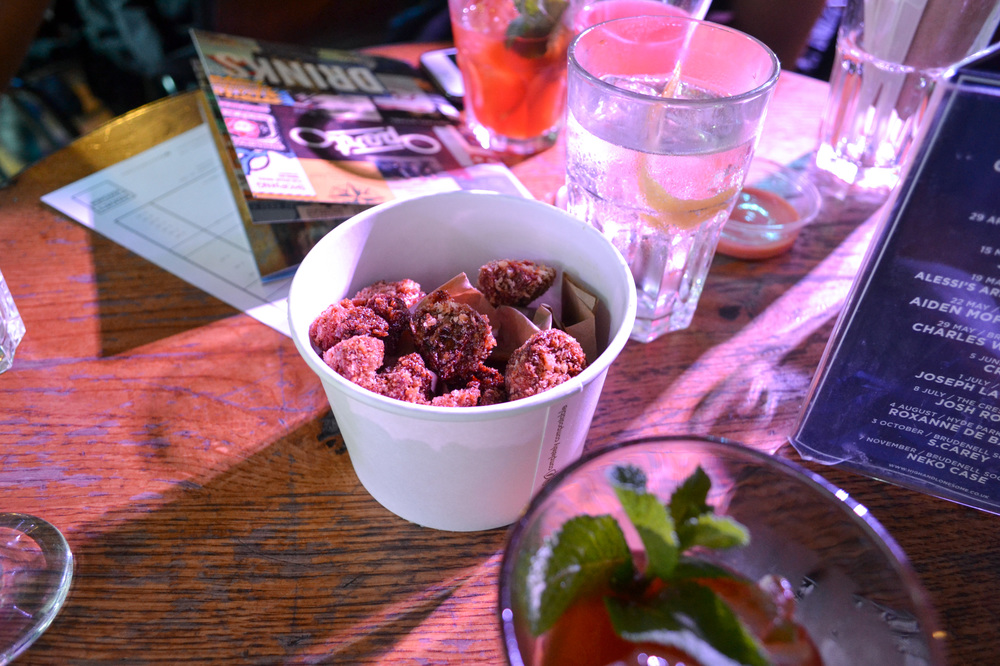 And when you’re there visiting, keep your eyes peeled for one awesome dessert. The seitan peanut butter balls.

Think squishy, hot, cookie dough, with a drizzle of blueberry sauce. These delights came out as a surprise and my gosh, do not miss out on them. 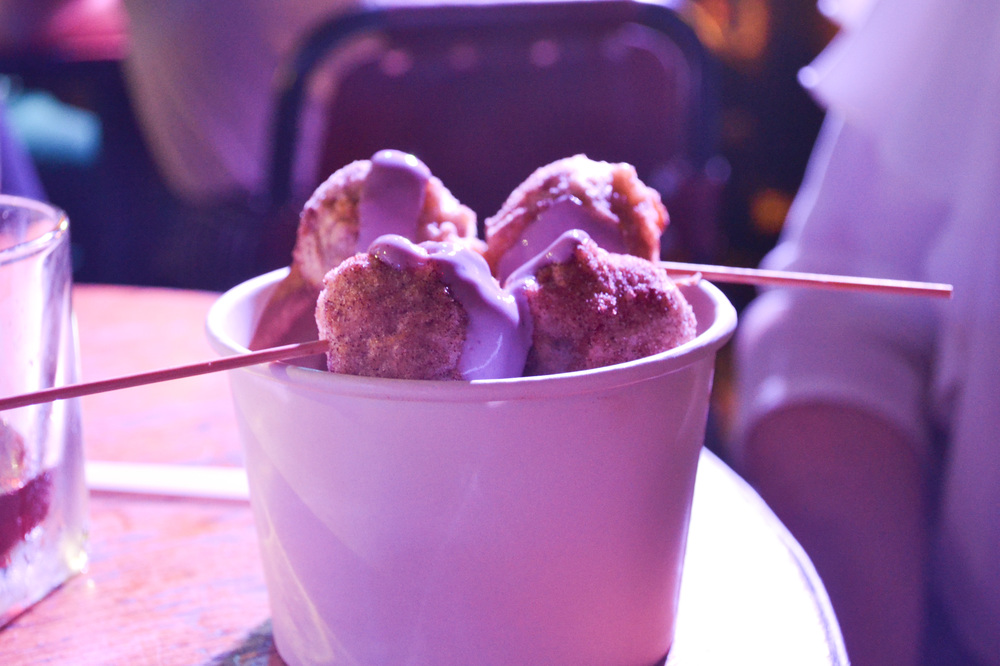 As you tuck into your 100% vegan snacks, you can also enjoy a tipple or three to complement your food. Whether it’s Jaeger, rum, tequila, gin, vodka… the list could continue, Oporto will have you covered.

My favourite cocktail on the current menu, a sweet ‘n’ tangy Rhubarbara Streisand. 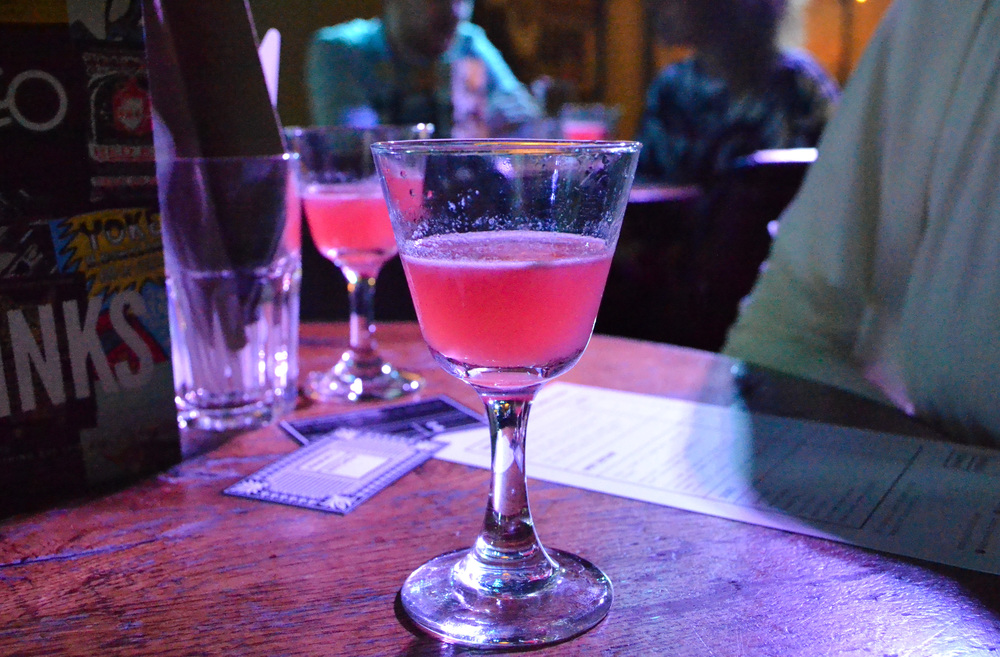 When it comes to food and drinks, where do you like to go and will Knave’s Kitchen be next on your list? I’m also intrigued, have you heard of seitan before or have I been living under a rock?

Lemme know below in the comments.

PS. I was invited to come along to the launch night to try out the vegan menu. All thoughts are completely my own. 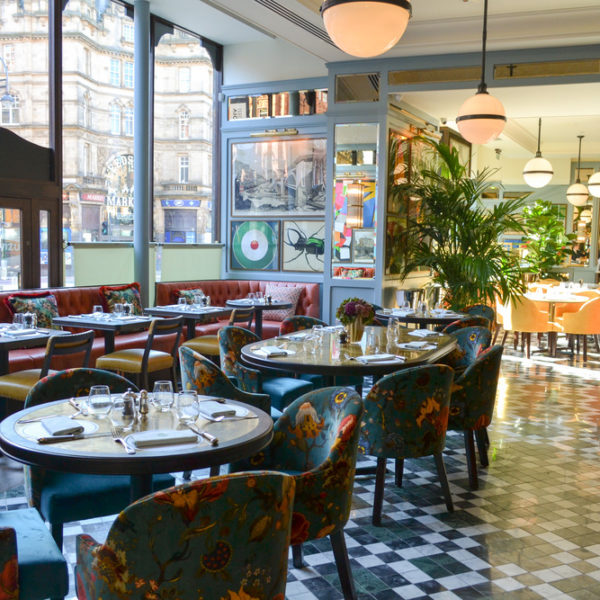 The Ivy Victoria Quarter – an interior paradise for all day diners 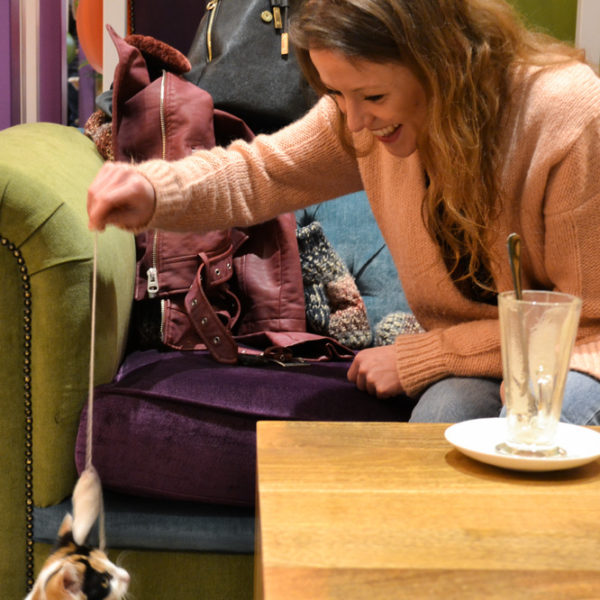 The purrfect morning spent at the Leeds Kitty Café 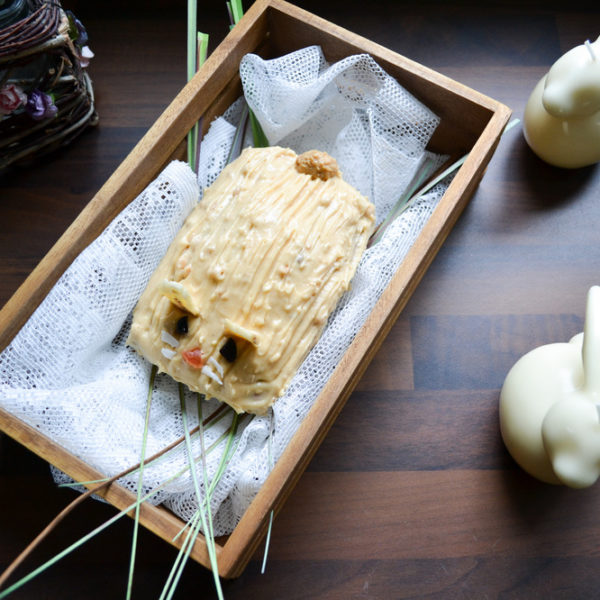 Bake in the box Easter cakes