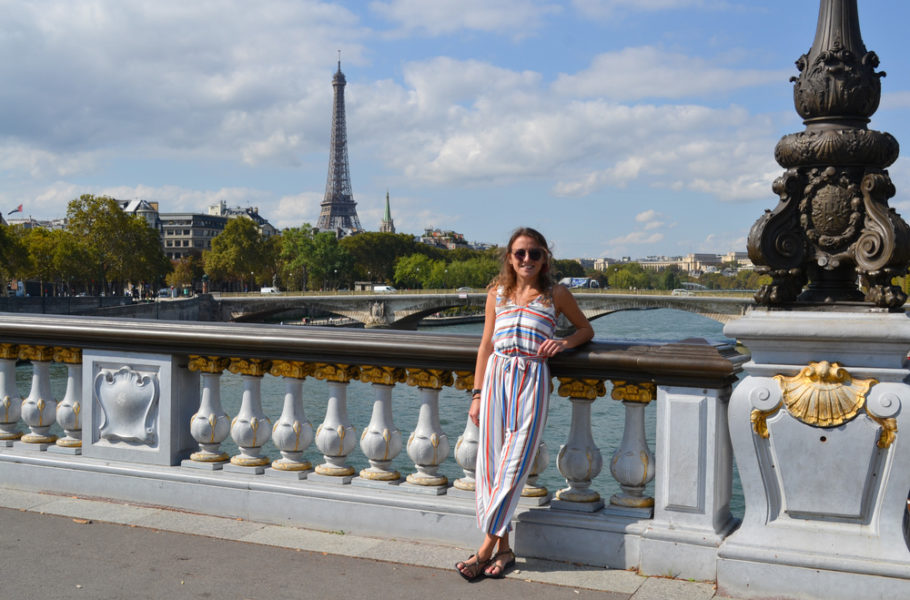 A weekend city break in Paris

Paris, the city of love and lights. A city that oozes character, style and charm, bustling from corner to corner, district to district.

Having planned in a long weekend break, in just 96 hours, we were on a mission to explore and experience every inch of Paris, cramming in as many things as we possibly could.

Our days were organised and scheduled down to a tee, with absolute ‘must-see’ attractions that we simply couldn’t miss alongside sightings that ‘would be nice to see’ that we could drop just in case. 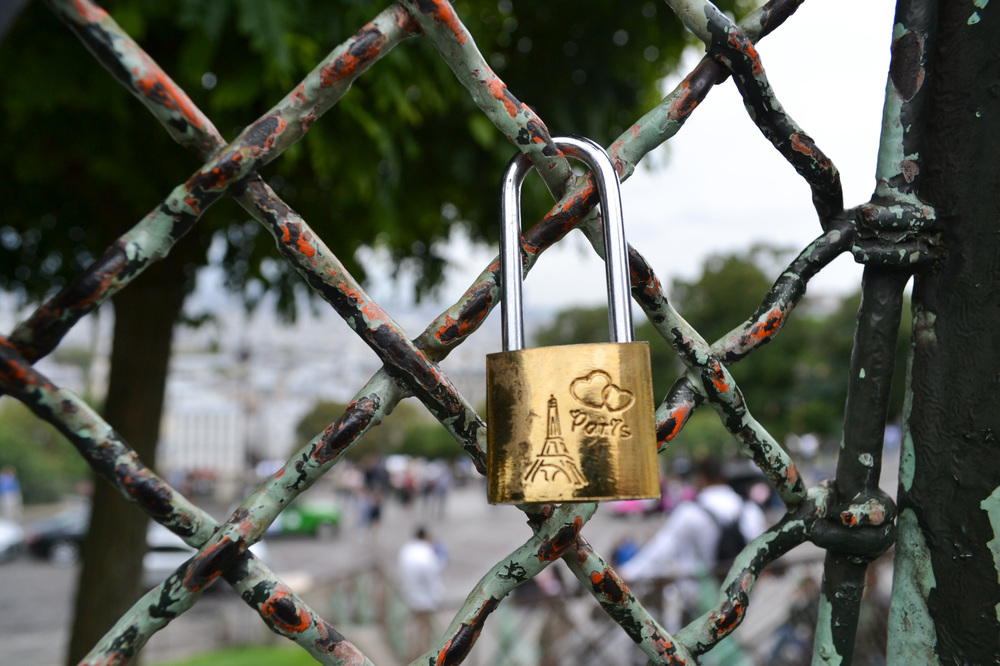 I’ll start by saying, plan well and truly ahead of your visit. Really take the time to note down all the attractions and places you want to visit and locate them on a map to route around those in the same vicinity.

Paris is huge – and with 105 square kilometres to seek out – you can imagine exactly busy and how much there is to take in. Whilst Paris is easy to walk, skate or scooter around, as well as having a strong and established transport system, a day of adventures can be exhausting. So, a plan of action is 100% recommended.

Travelling from Leeds to Paris

Thursday morning, a nice and early start with a freshly brewed coffee, triple checking that all the essentials were packed for the 4-day trip to Paris.

Living in Horsforth, the Leeds Bradford Airport is just a stone’s throwaway, a tiny eight-minute car drive, that gives you access to the rest of the world. We hitched a lift with Jet2 (which by the way I had no idea they flew out to 58 locations) on one of the shortest flights ever which took just over an hour to land in Paris. If you time it right, you could be bagging yourself a £60 return flight. 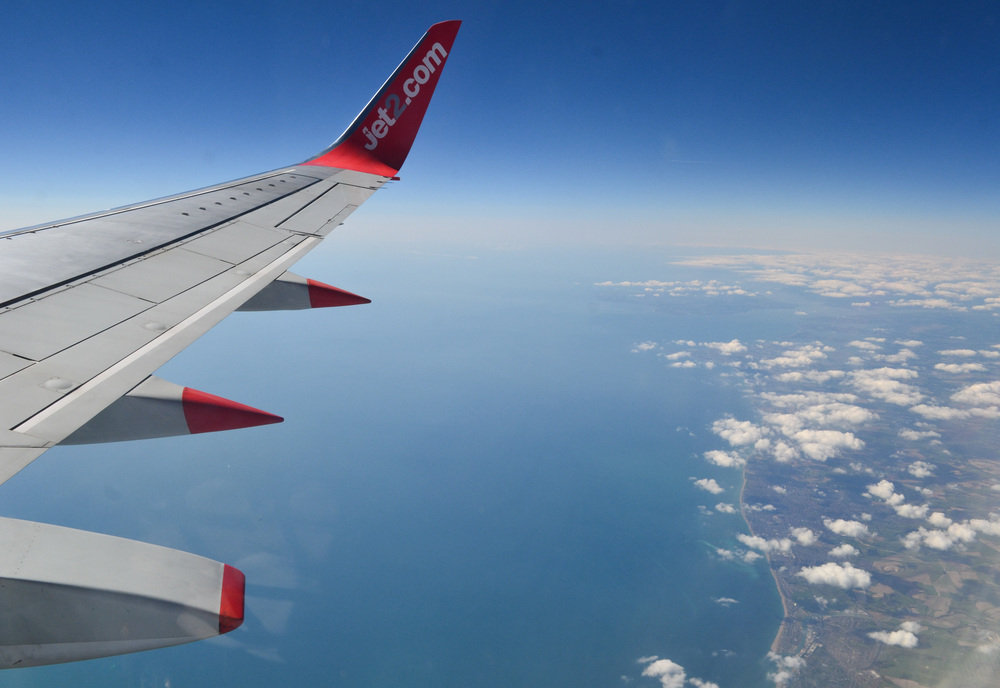 We arrived just after 3PM and was keen to get sorted and tour around. The metro is quite simple and somewhat like the tubes in London. Zones are all priced differently, but you’ll find the key attractions in Paris typically being in the first zone.

Top tips for travelling with the metro:

With the majority of the day travelling, we kept our Thursday evening light. By the time we unloaded and ventured out, it was 5PM, so our plan of action was to take a walk-through Montmartre up to see Basilica of the Sacré Cœur which sit at the summit. 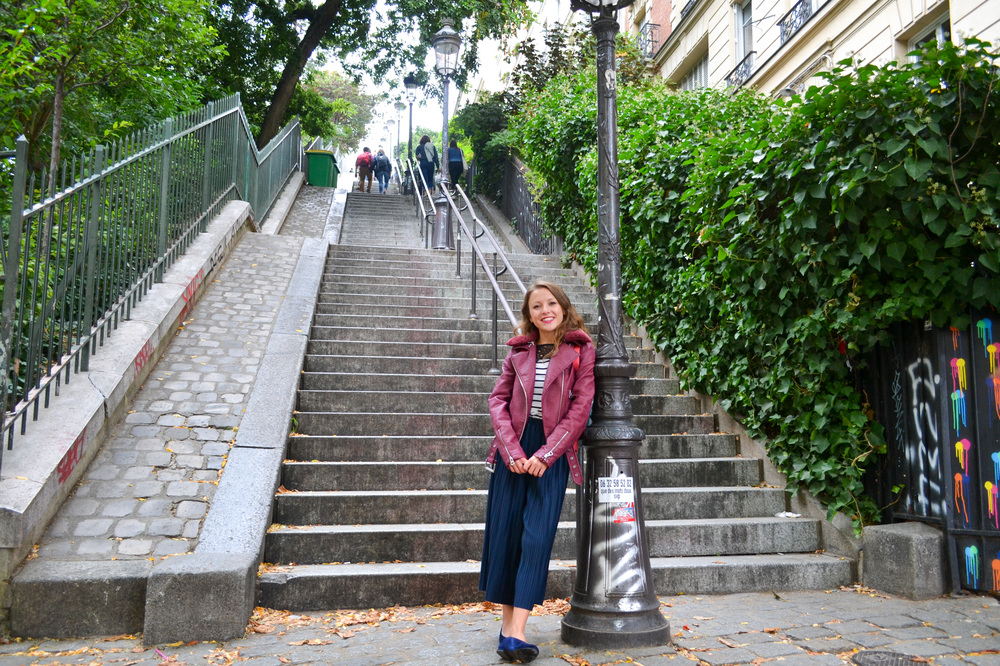 The views you get at the summit are lovely, and the view down into the neighbourhood is a landscaper’s dream. 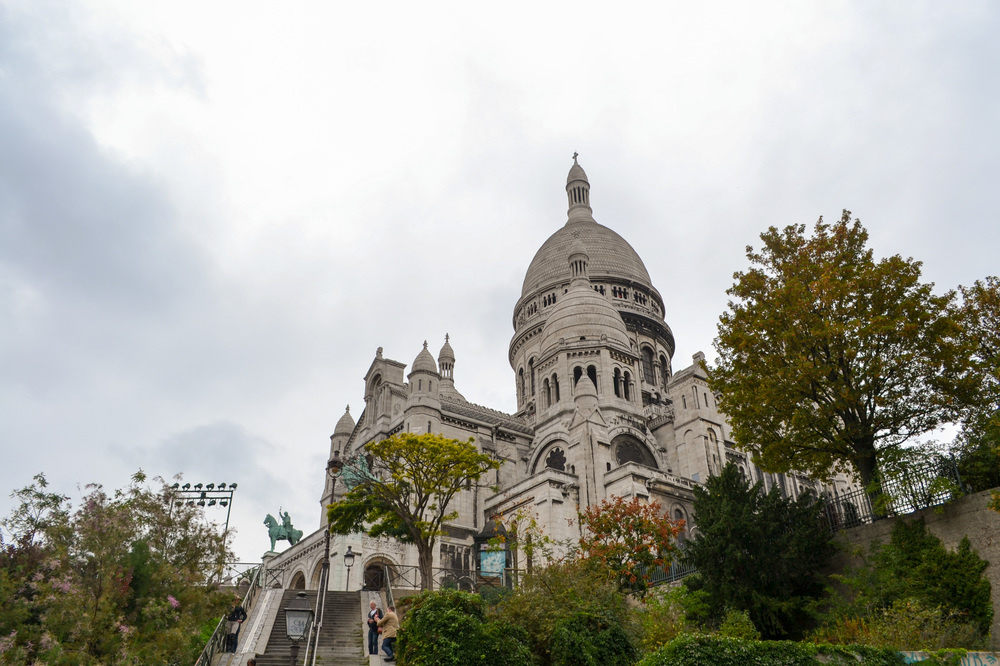 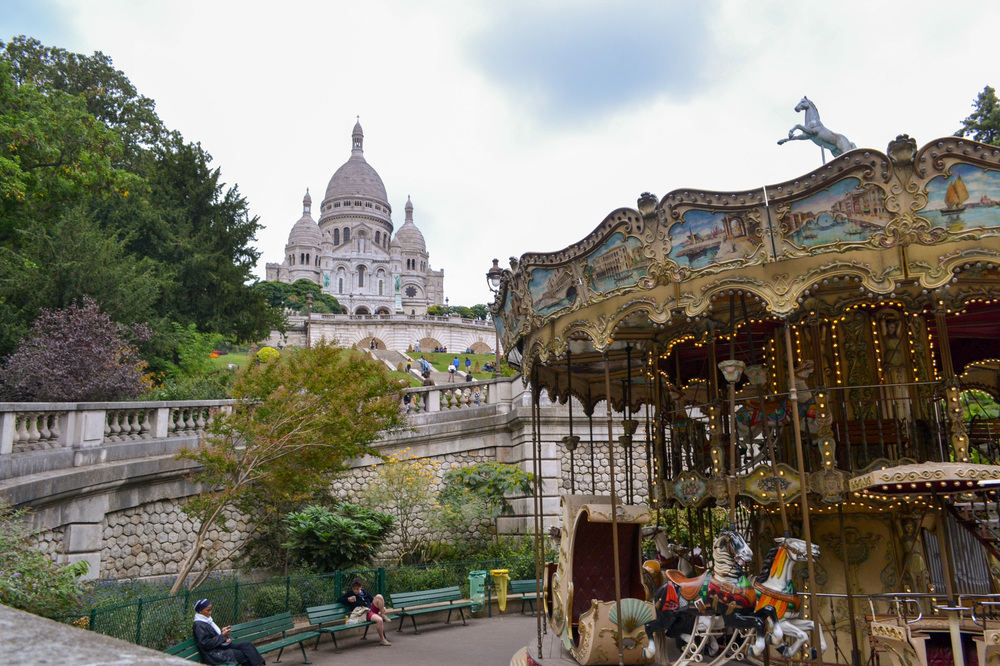 There’s plenty of classic pop culture references too from Moulin Rouge, Beauty and the Beast and Amélie (and although I haven’t watched it, I know shame on me, Jennie was beaming about it as we walked the streets.)

In need of some refreshments, we hunted down a bar tucked away in one of the streets, Le Tagada Bar for the ultimate cliché French pit stop. Picon beer, with cheese and charcuterie. Sat, coincidentally in my striped tee and flared culottes, I was living the dream. 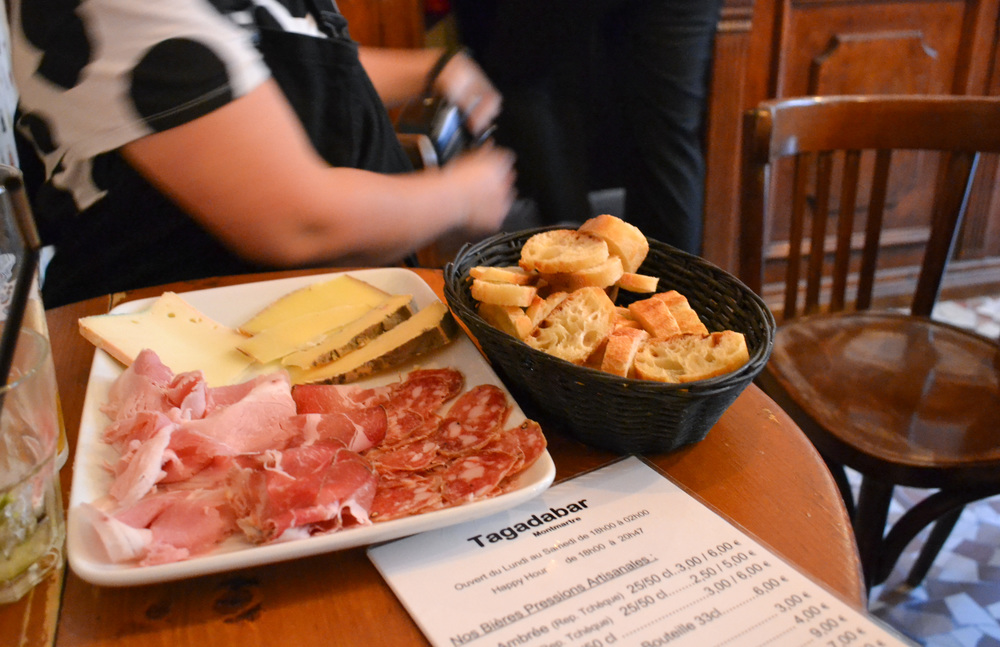 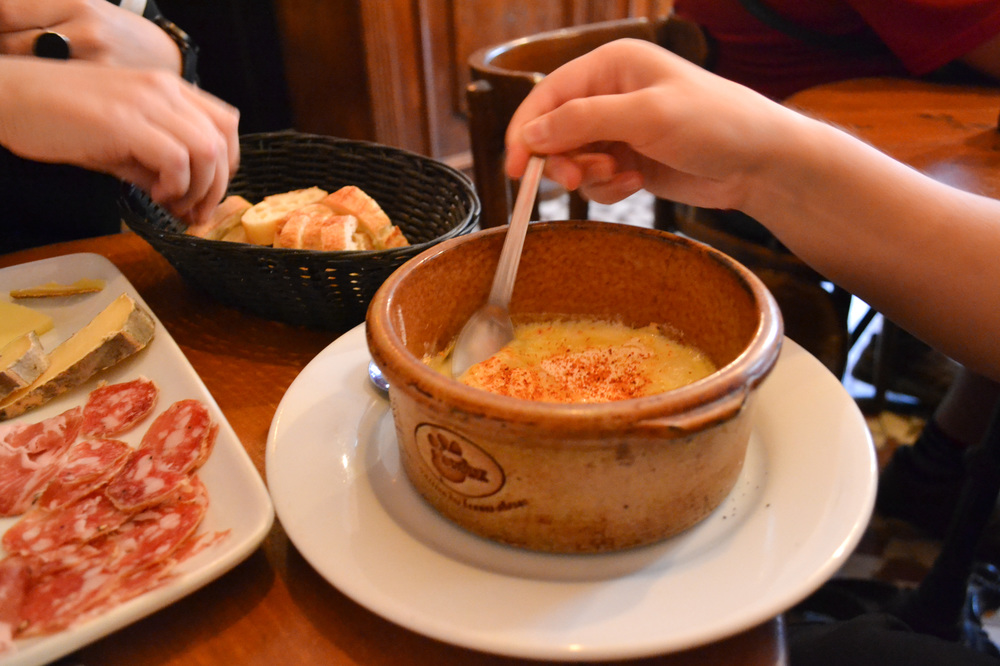 We cleared the plates and made a move to seek out the next traditional dish – crepes. Recommended by the bar staff, they pointed us in the direction of Crêperie Brocéliande, apparently the first restaurant to serve crepes in Paris.

We tucked into savoury and sweet crepes, all the while sipping on cider out of a stripy teacup. 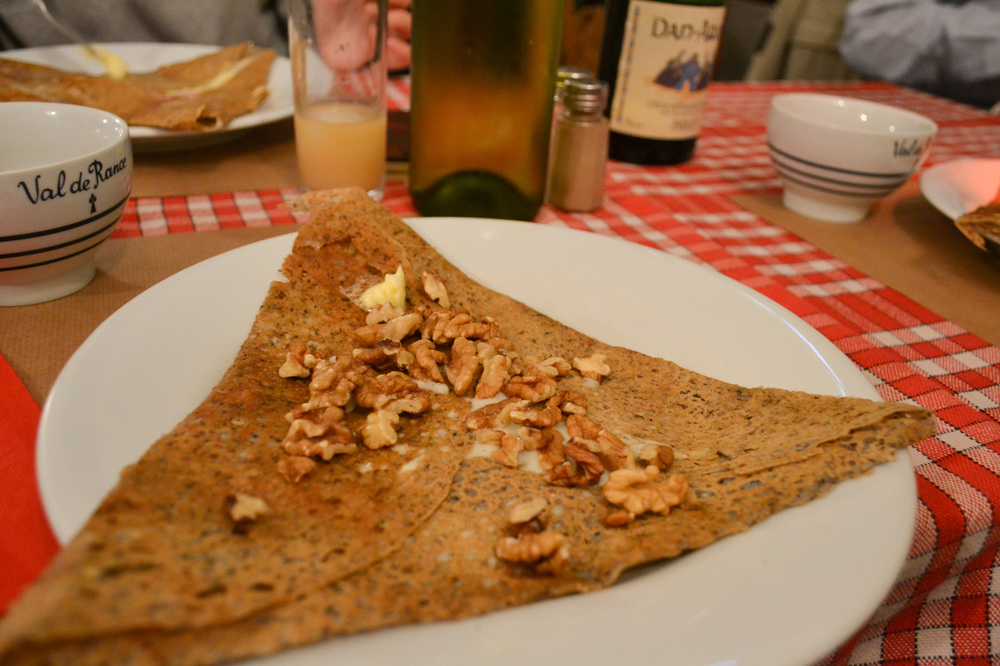 Rue Cler and the Eiffel Tower

For our first official morning in Paris, we started the day with a delightful continental breakfast. From pastries to baguette, fresh jam and yoghurt, we day was ready to be seized. The tour started at Rue Cler, one of Paris’s most iconic market streets. 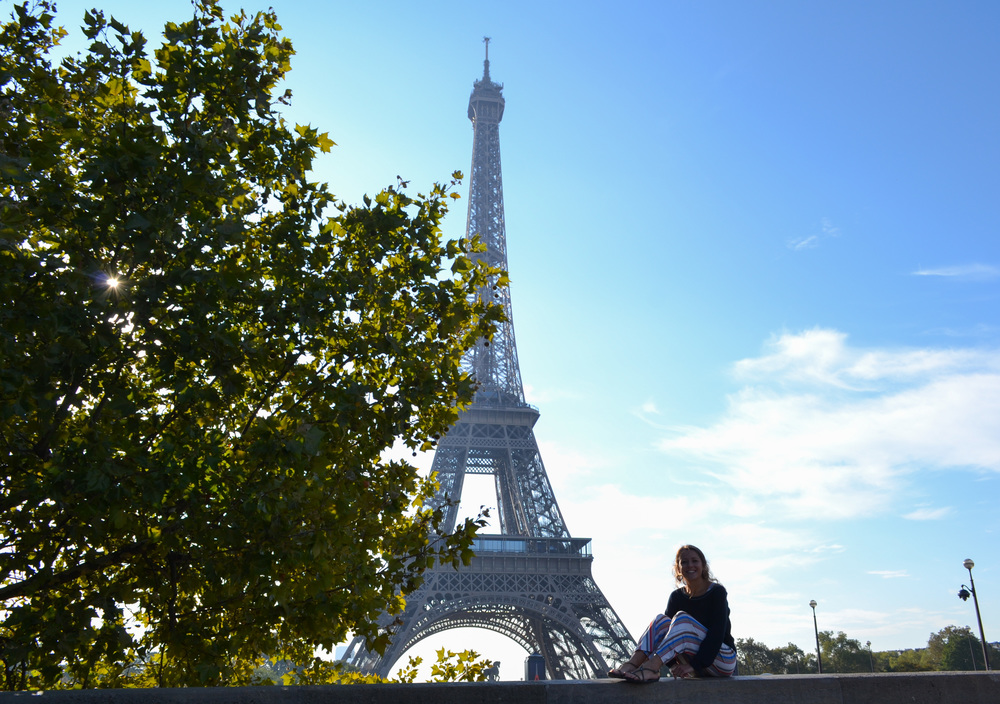 As we passed it was rather quiet, or maybe we took the wrong turning, but the street had several stalls of fresh fruits, fish, cheese and huge bouquets of flowers. In between the shops and stalls, were cafes and bakeries, with tables and chairs out on the cobbled streets, perfect for people-watching. 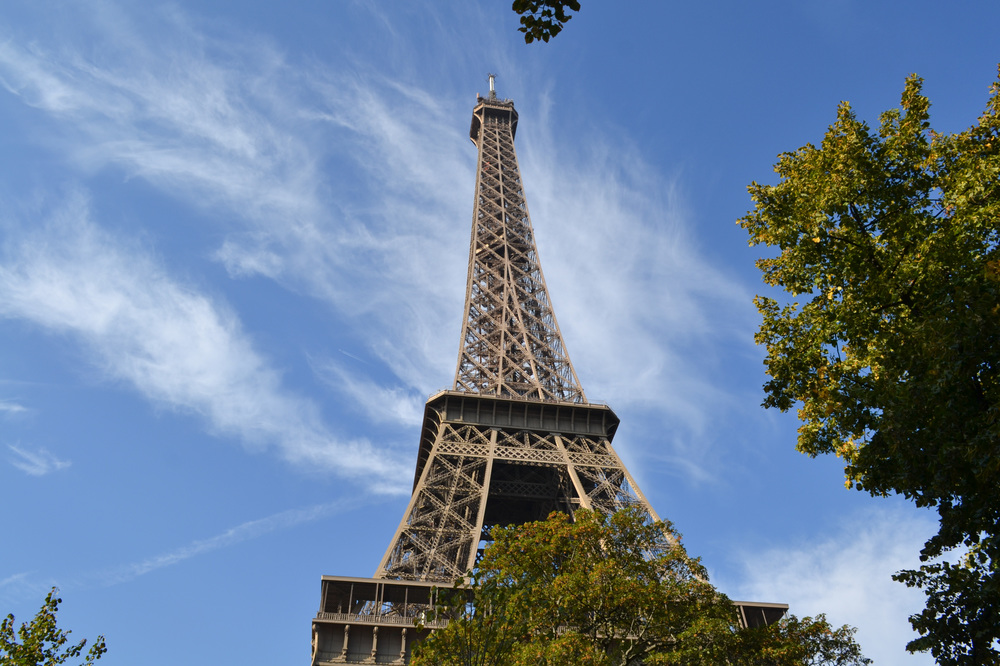 Taking advantage of the working week, our plan was to conquer the Eiffel Tower as early as possible on that Friday morning. It worked a treat. Without much queuing, less than 10 minutes, we had a ticket in hand to walk the stairs to the second floor. 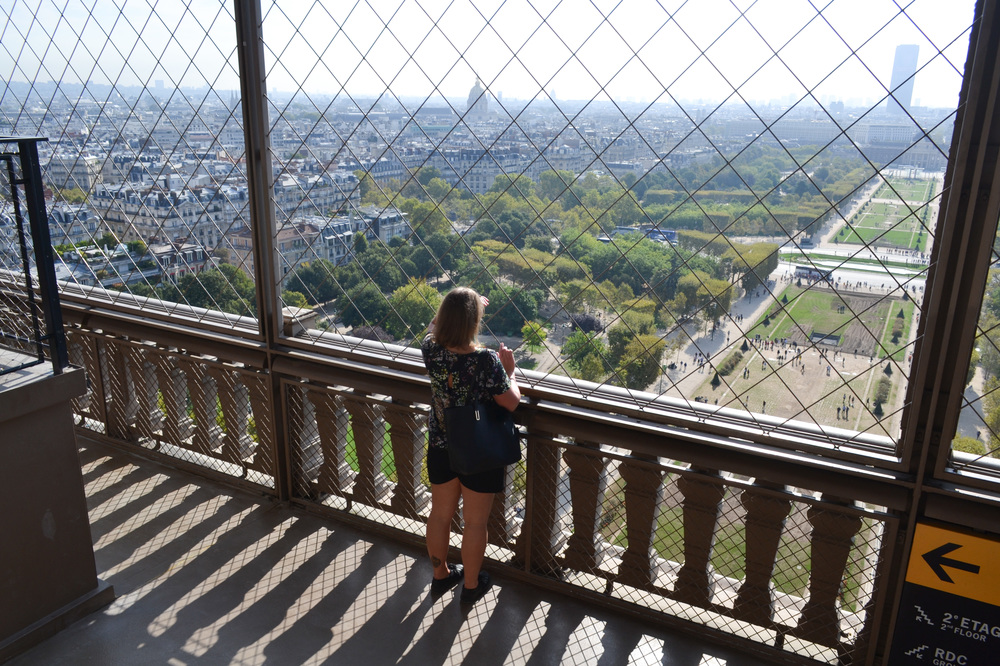 What a treat that was, the views were stunning, a full perspective of Paris from 115 metres high, well worth the 699 steps, where you can really pinpoint so many Parisian landmarks. 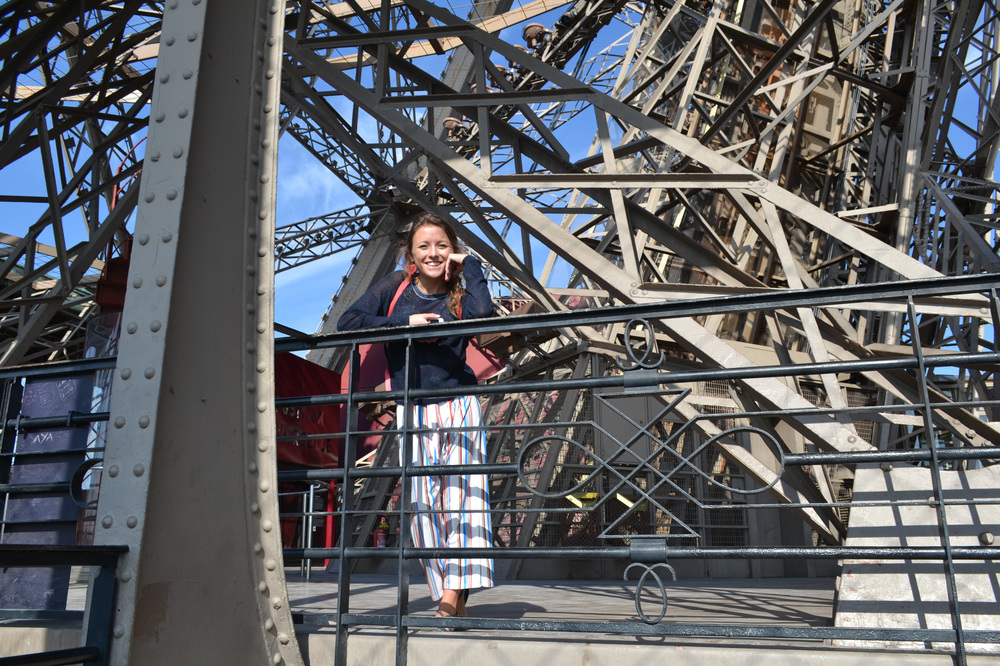 We embraced what we saw, did a full 360 around the tower and try to pick out as many things as we could recognise. From the river Seine, to the replica of the Statue of Liberty, Arc de Triomphe… which in fact was our next go-to.

Champs-Élysées and the Arc de Triomphe

To get there, we of course had to walk via the one and only Champs-Élysées. Big, busy and boujee. 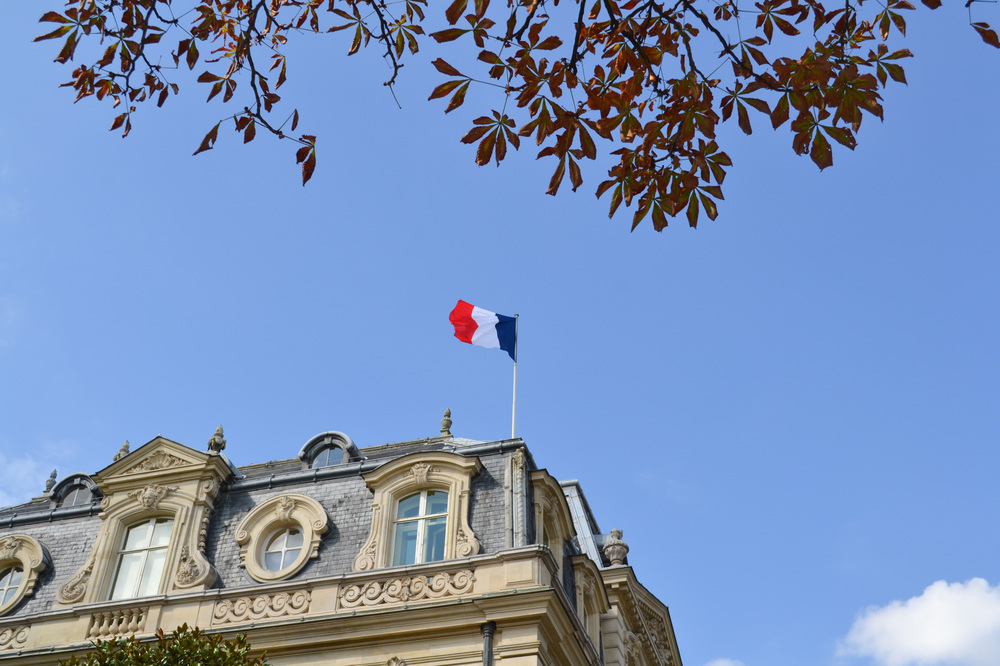 Almost a two-kilometre stretch of shopping galore, from high-street names to luxury brands like Louis Vuitton, Dior, Chanel, Tiffany & Co.Amongst the stores are theatres and cafes, and museums dotted around the area. 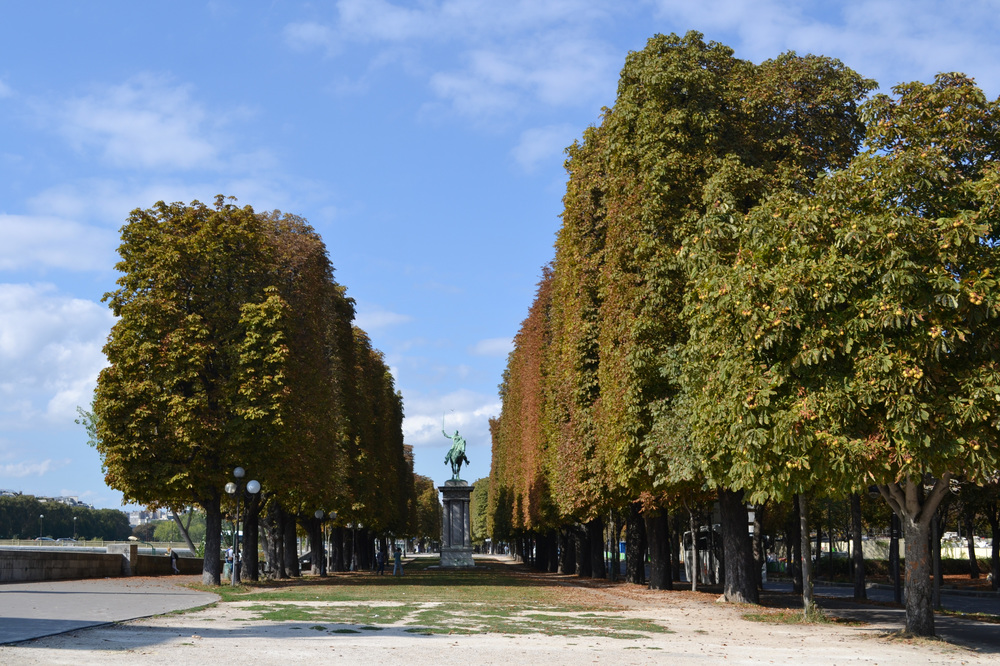 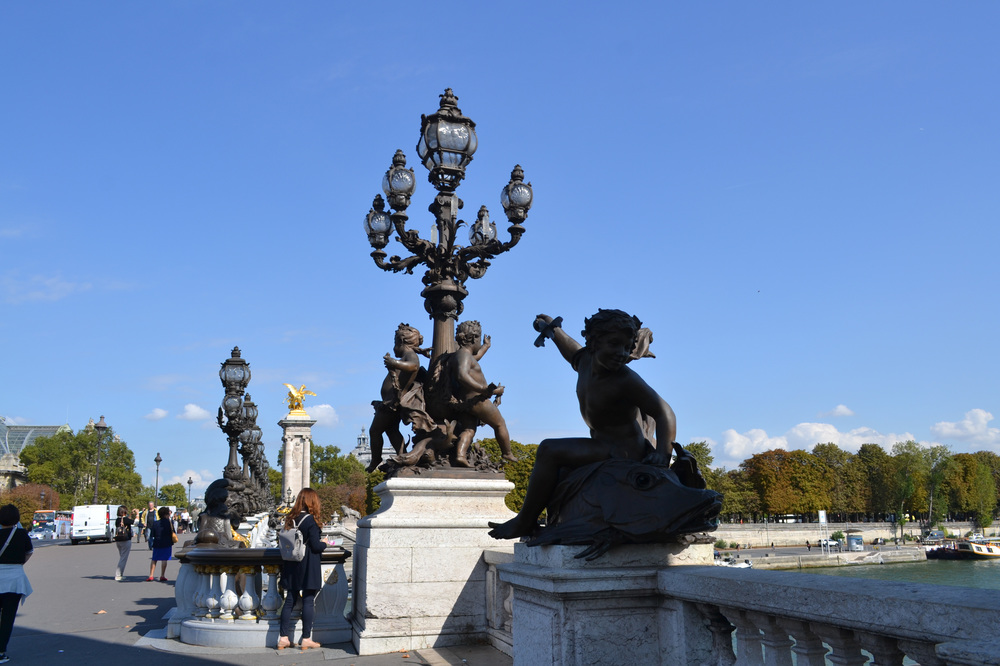 The key thing here is, look and enjoy the landscape and architecture. The buildings in Paris can tell a tale, and if it’s not the quirky apartments, it’ll be the wall murals or graffiti.

Our original plan was to also head out to Versailles, but after seven hours of being on our feet, we decided to give it a miss and save it for another time. We had a busy night ahead, so we headed back for some food and rest before the big show. 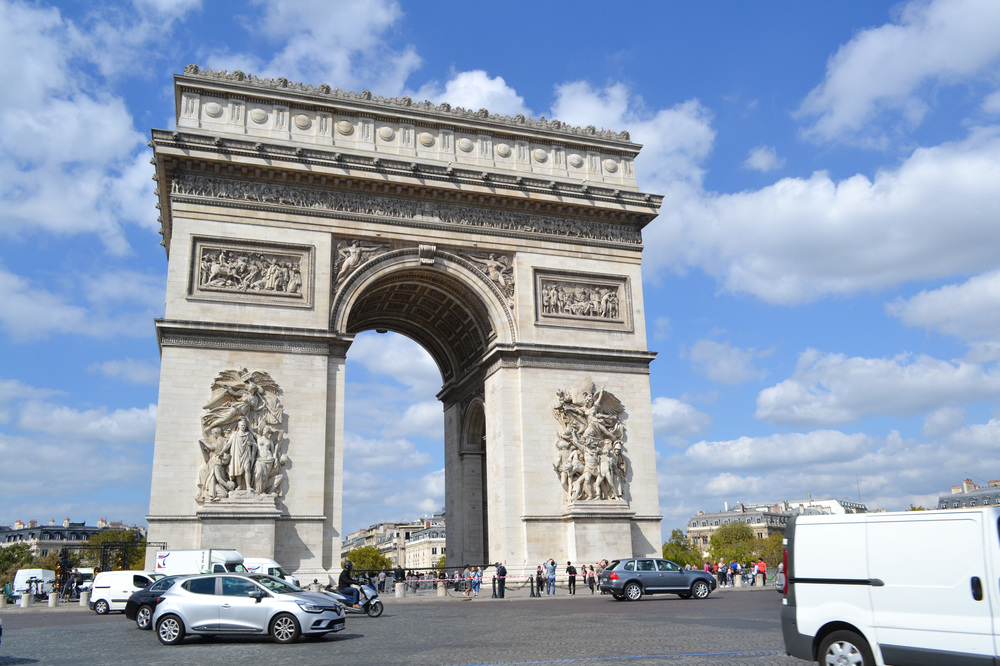 Booked in for the 11PM show, we genuinely couldn’t believe we were going to the Moulin Rouge. Stood outside the windmill and the red neon lights was somewhat surreal. Recommended to head to Bar À Bulles before the show for a drink, we made our way down a side alley and joined the queue.

At 26, I’m past the point of queuing to get into a bar, but we were told we had to go. And boy, where we chuffed when we realised why. With 30 minutes of waiting, we went inside and ordered our first drinks. Quirky interior, great drinks. We spotted people coming and going via a side entrance inside. Where the heck where they going? 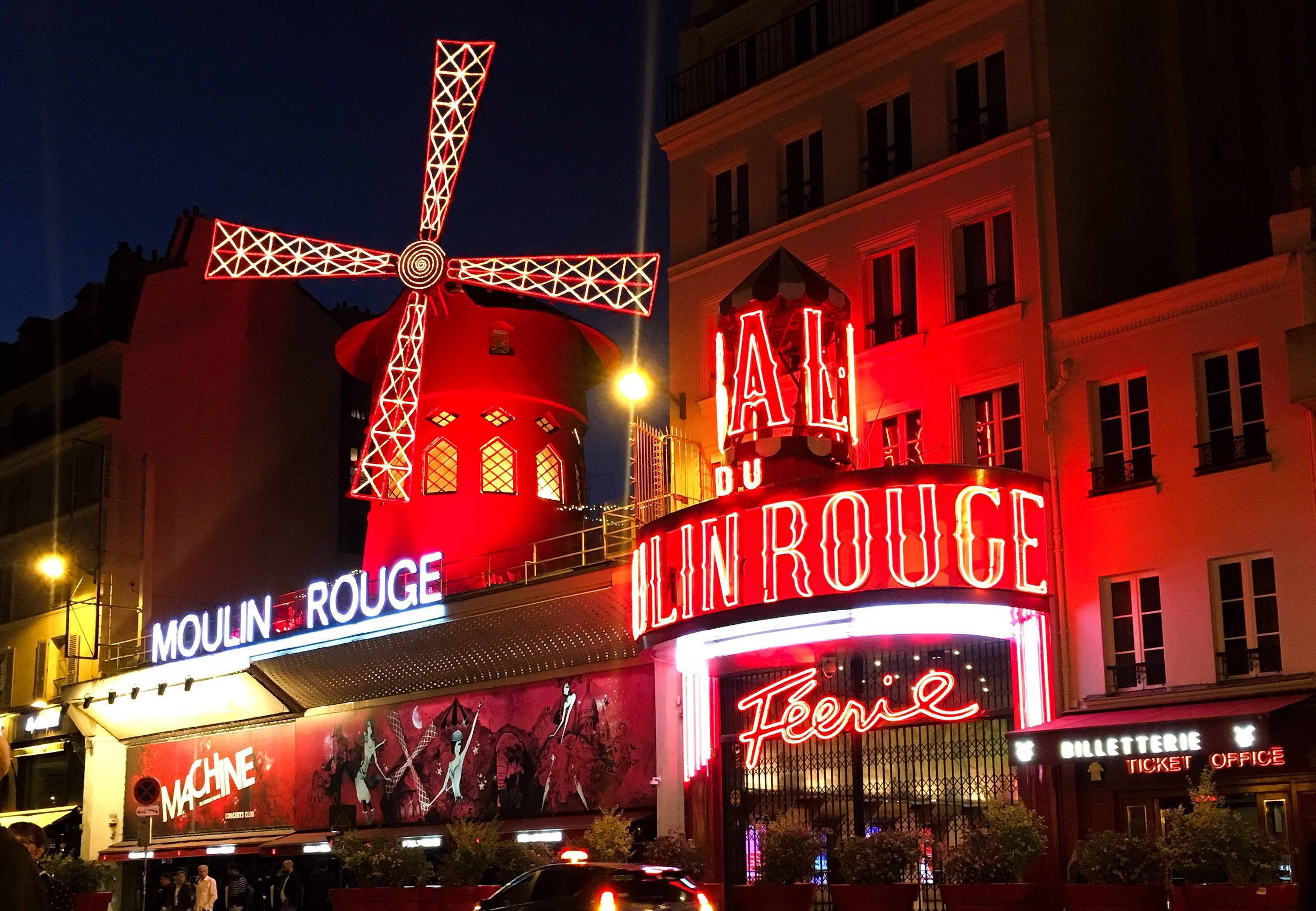 We investigated and landed on the roof top terrace, where we were sat watching the Moulin Rouge Windmill go around, everyone glowing red from the lights. It was mesmerising.

From one trance to the next, the Moulin Rouge was quite the show. A feathery, glitzy, pearly dancing extravaganza of romance, adrenalin and art. The venue was stunning, an art deco 1920’s jazz club. Intimate tiered arrangements, red velvet chairs, hanging drapes, red lamps on every table and champagne corks popping everywhere.

The show was entertaining, scenes of pure brilliance, fear, shock and others possibly accidentally comical, but well worth the experience.

Our night came to an end around 1AM, and we were ready to hit the sack for our third day of adventures….

PS. Our trip to Paris was one we organised personally. All the shows, attractions, events were planned in by our own accord and expense. Our flights were courtesy of Jet2.

You know you’re only half an adult when… 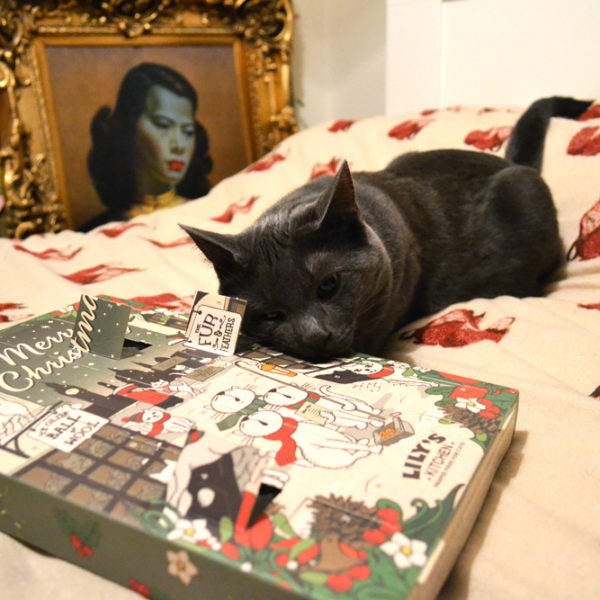 The Castle in Wakefield – Menu Review
Blog, Dining Out, Yorkshire

A Food Lover’s Gift Guide for Christmas
Blog, Dining Out, Leeds, Things to do