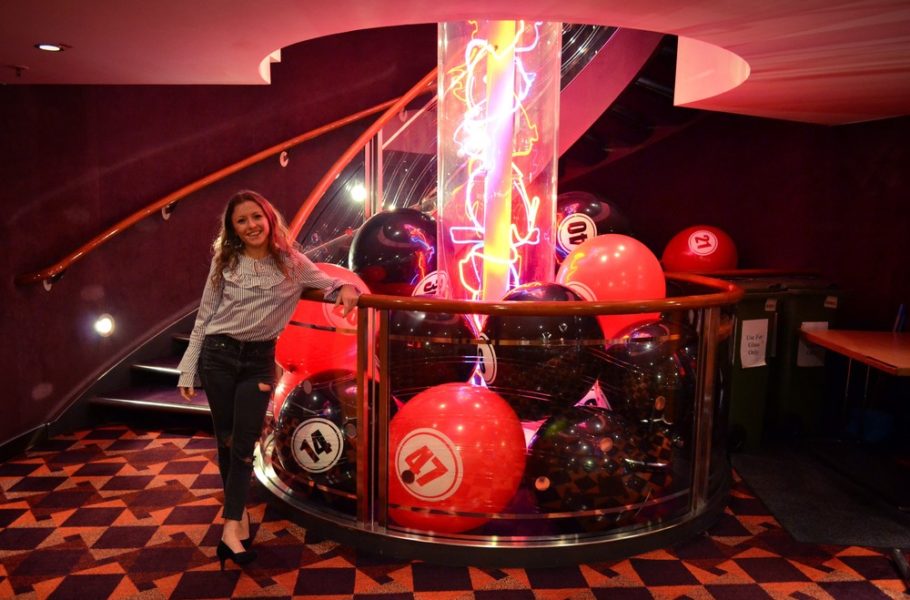 What happens in Amsterdam, stays in Amsterdam. Or something like that, right? Lucky for you though, some tales are just too good not to be shared, including our latest excursion.

So, let me set the scene. Four women, two men, one mad concept of bingo, and a trip out to visit Amsterdam. Tie this in with a ferry trip, more than enough pints, plenty of good humour, and a handful of obscenities both on and off the boat. 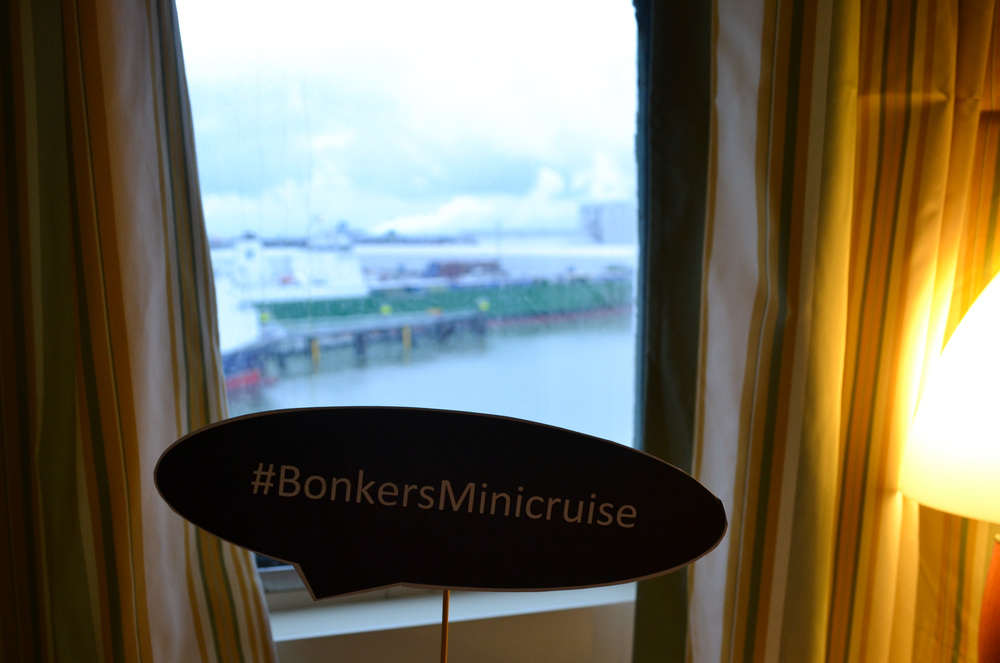 You can see why this may be bonkers right?

Well, that was very much the intention of this entire trip. Carnage was at hand, and we were a gaggle of women keen to see what Bonkers Bingo was all about and explore the beautiful capital of the Netherlands.

Bingo with a twist

On a mission to get 18 to 35-year-olds back into bingo, Mecca has relaunched the classic game with a cheeky little twist. This one involves quite the bit of swearing, tasteless humour, deliberate shit prizes, awkward challenges, and a lot of chanting.

In a collaboration with P&O Ferries, the madness of Bonkers Bingo joined forces with the fleet company to offer a royally entertaining mini-cruise to Amsterdam. 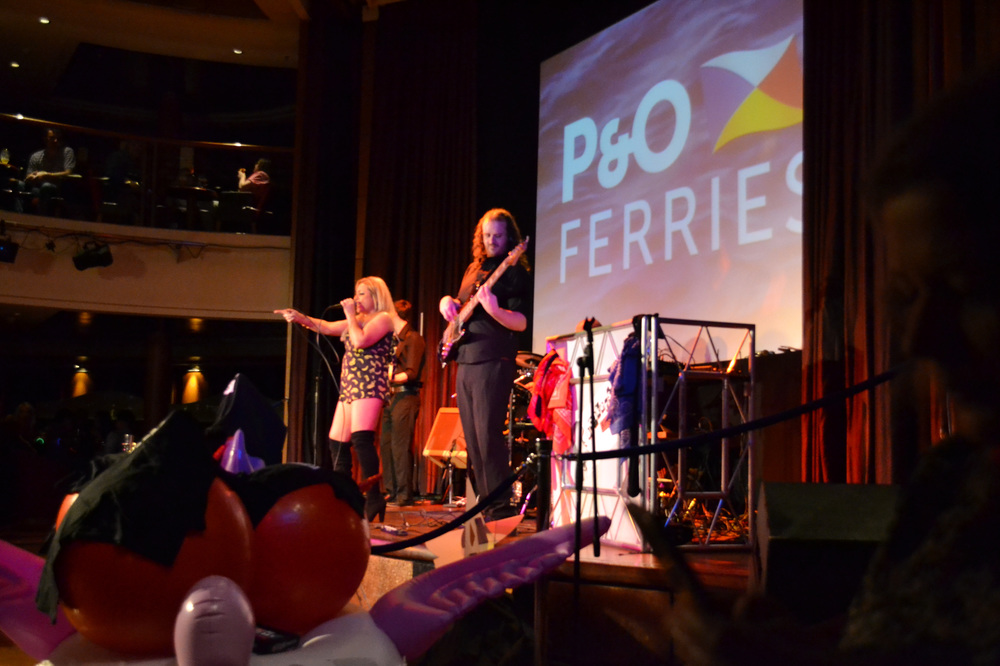 Setting sail from Hull on Friday evening, Rotterdam is in sight by the following morning, where a bus is ready to shuttle across to the Dam, for a day worth of exploring. Saturday night, its back on deck, and calling back into Hull on Sunday just after breakfast.

As part of the themed cruise, this one, of course, being Bonkers Bingo, both nights of entertainment were raring to go, and not for the faint-hearted. 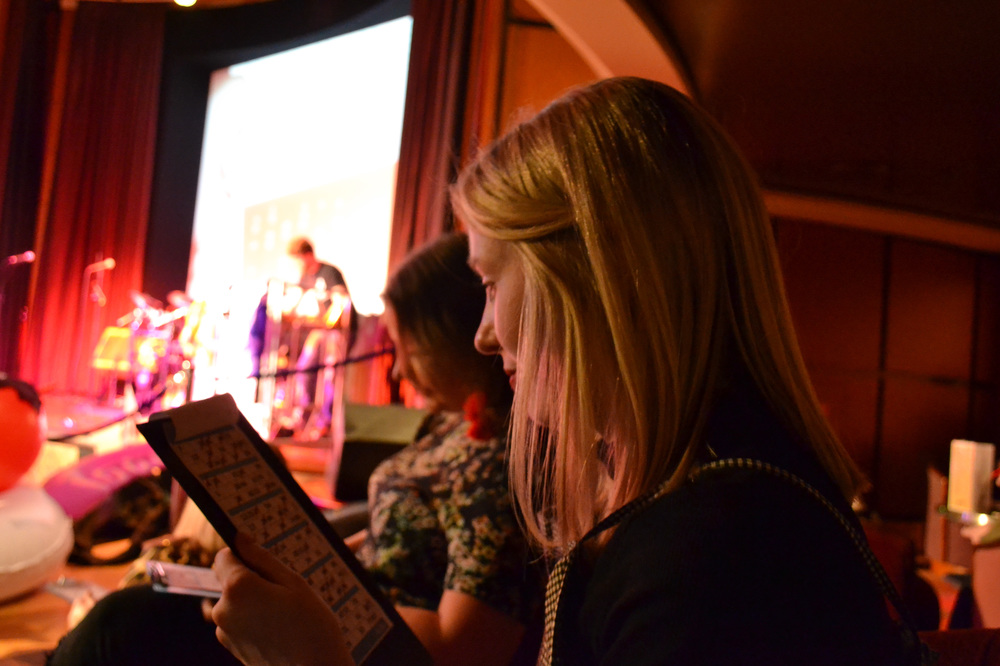 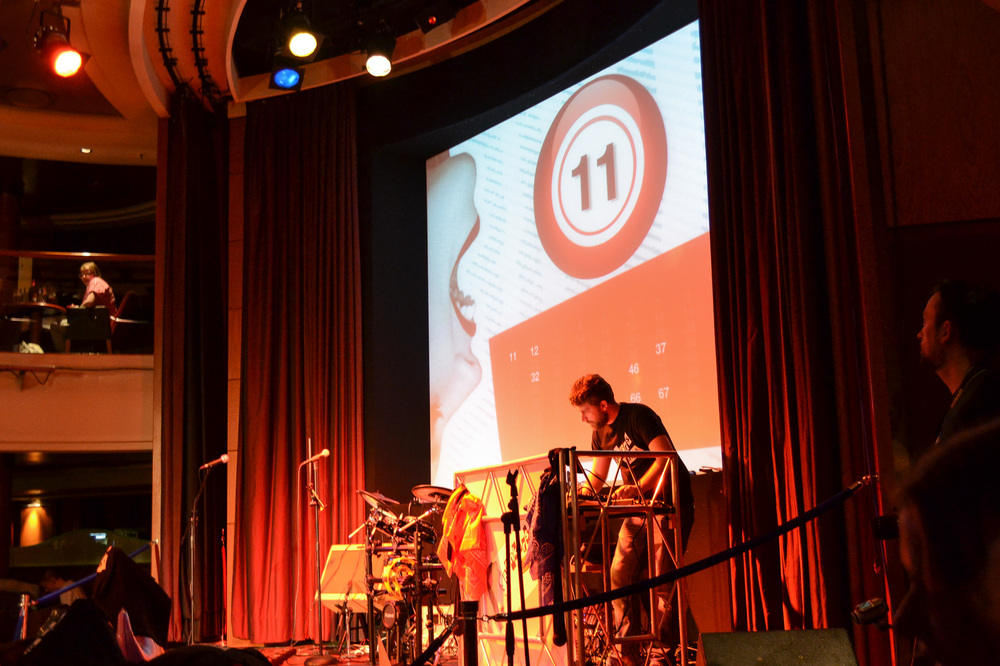 There’s a pre-warning for those that are prude and easily offended and are told to ‘fuck off’ for this game will offend. The room burst into laughter and everyone stayed put.

After several numbers, a corker of a tune will come on, where you’ll sing, dance or sway with your phone light flashing side to side. Expect the unexpected.

Our bonkers host was the ultimate ringleader, she strutted her stuff, sassed it out, and completely entertained. She was on fire. And as feisty as her attitude was, were the bingo phrases that rolled off her tongue. 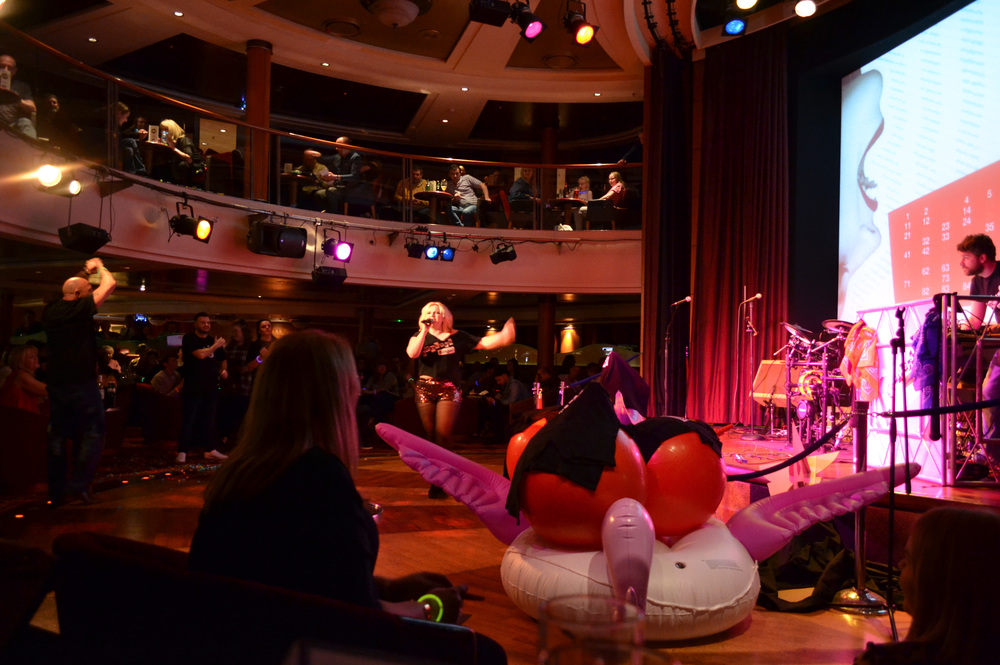 The classic ‘legs eleven’ evolved into ‘spread your legs’ and ‘all the threes’ became ‘dirty knees’. It was comedy gold.

And as for anyone with a false claim, god bless them, for they were about to find out just how false that claim truly was. In one joint serenade, the Deck 9 on P&O Ferries chanted “You’re shit, and you know you are!” on repeat.

We had people battling it out for prizes, from dance-offs to limbo-ing, space hopper racing to orchestrating a conga line. There was even a lap dance given to a cardboard cut-out of Jack Sparrow. Hmmmm…. 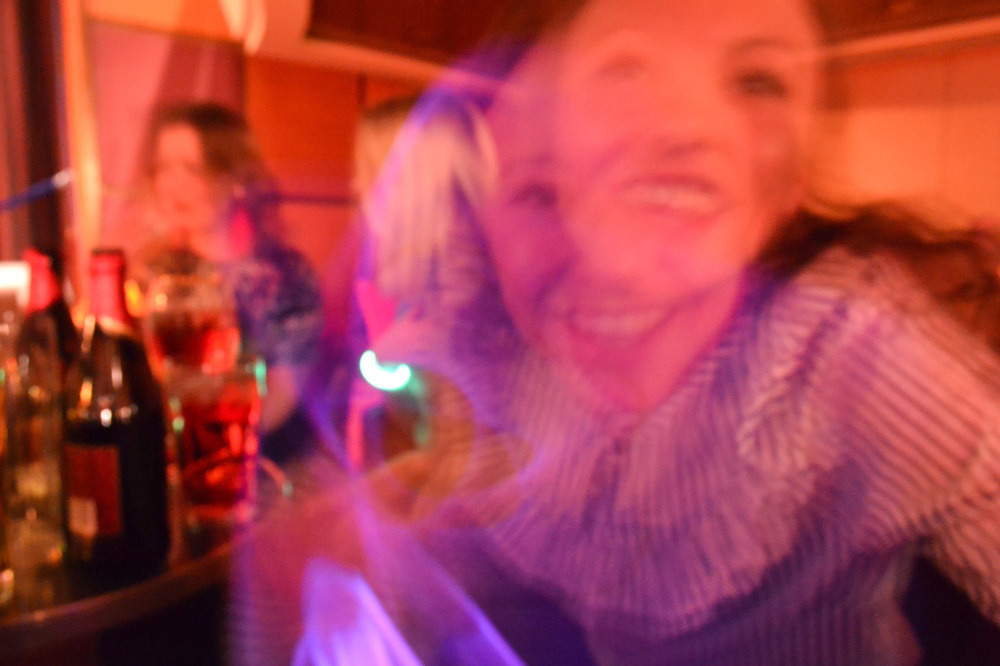 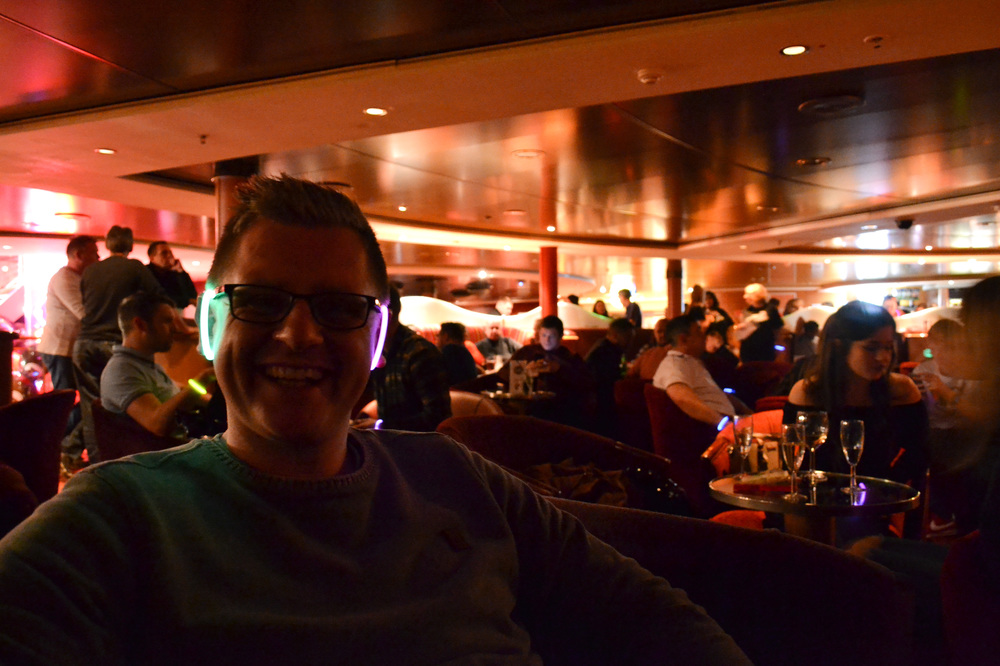 The invitation did say that this revamped game was all for showing us the bad side of bingo.

Absolute mayhem caused by bingo, and that on a boat to Amsterdam too.

On both legs of the trip, we had our own cabin to rest up in. I’ve never had a problem sleeping in other beds, and this was no exception. As soon as the head hit the pillow, it was nighty-night shut-eye time. Rocked to sleep by the motion of the boat.

With a wake-up call at 6:30 AM, it was time to seize the day, which had to start off with a good breakfast. Pancakes, bacon and maple syrup, and a side of Full English was on the cards both mornings, for who should start a day of exploring with an empty belly? 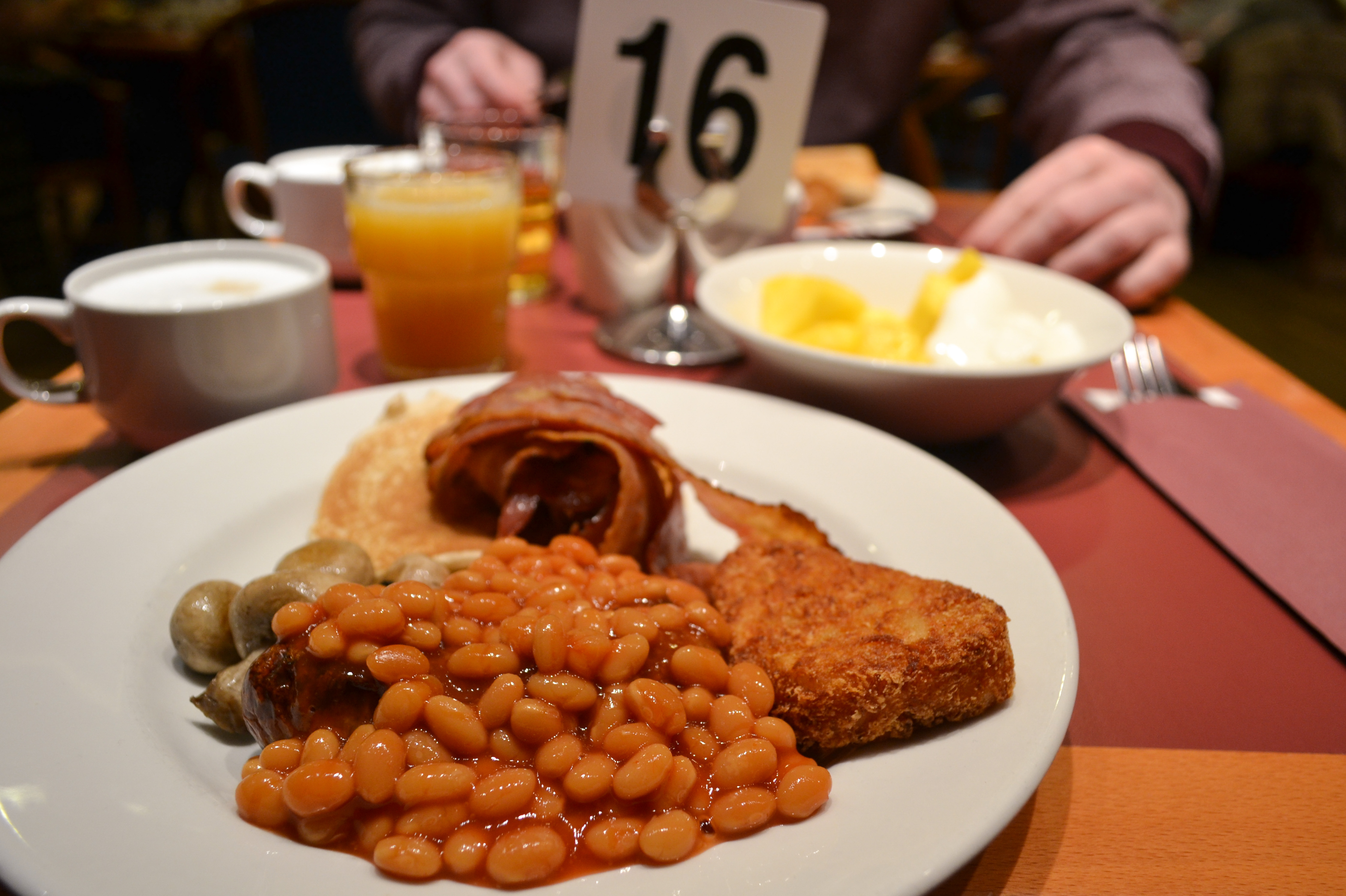 As far as a fun-filled crossing from the UK to the Netherlands, it’s safe to say that Mecca Bingo brought it. They really took the games to the high seas for this weekend of mischievous attitudes and shenanigans. 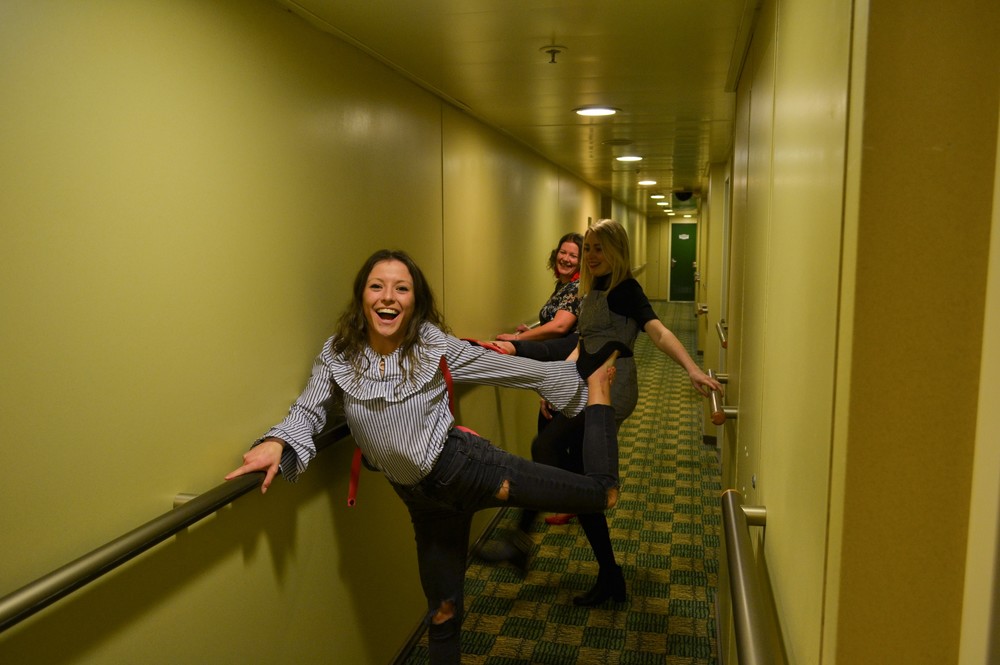 Bonkers Bingo, thank you for making my cheeks hurt from laughing, and I am eternally grateful I didn’t have everybody onboard sing “you’re shit, and you know you are” to me. I may have died in my bingo chair, holding my dabber, questioning who even am I.

As for you, you lovely folk, have you ever been on a mini-cruise before? If you’re keen to find out more, there are mini-cruises to fill your heart’s content.

I’d love to know what you make of them or if you’d ever try one.

*This cruise was part of a PR trip organised by Mecca Bingo. All bonkers thoughts and opinions are my own, as per usual. 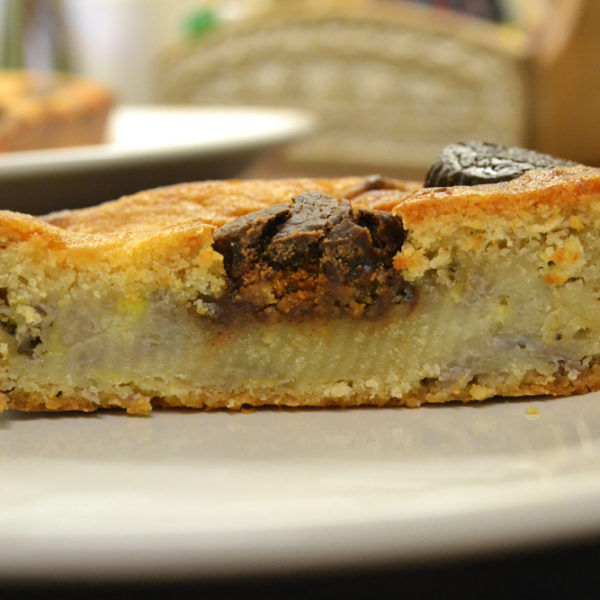 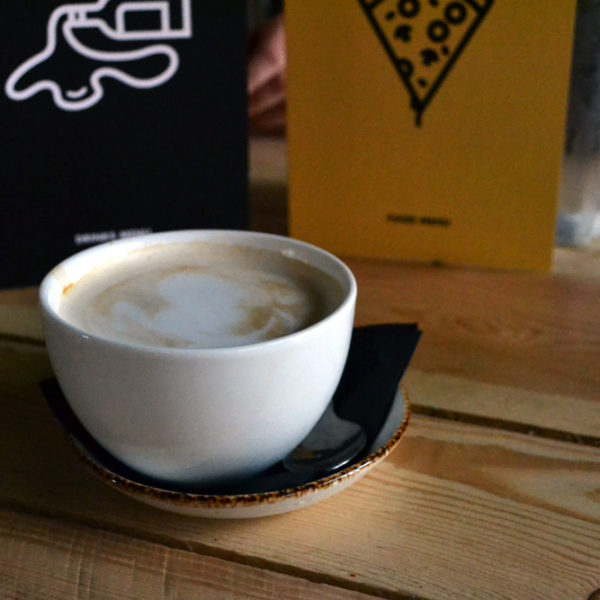 Blog, Dining Out, Leeds, Yorkshire
READ ARTICLE
There are no comments yet. Be the first to comment.